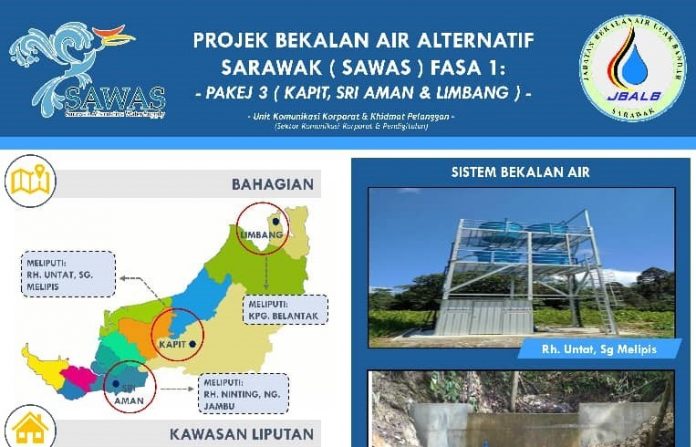 KUCHING: Sarawak Rural Water Supply Department (JBALB) and Ministry of Utilities are committed to distributing water to remote areas which have not received clean and safe water through the Sarawak Alternative Water Supply (Sawas) project.

“This project has been in operation since 2018 and it is fully funded by the Sarawak government.

Meanwhile, Sawas project Phase 1 Package 2 has already commenced at Long Seridan and Long Peluan (Miri) as well as Kalampun (Lawas). In operation since 2018 and valued at more than RM10 million, it is fully funded by the Sarawak government.

“This project greatly benefits 152 households in total, including 70 at Long Seridan Miri, 45 at Long Peluan Miri and 37 at Kalampun Lawas.

“The implementation of Sawas is aimed at achieving the Sarawak government’s vision of 100 per cent water supply by 2025,” added the statement.

Sawas is community-based while the responsibility of operation and maintenance lie with the community.

JBALB will monitor the condition of the plants from time to time.