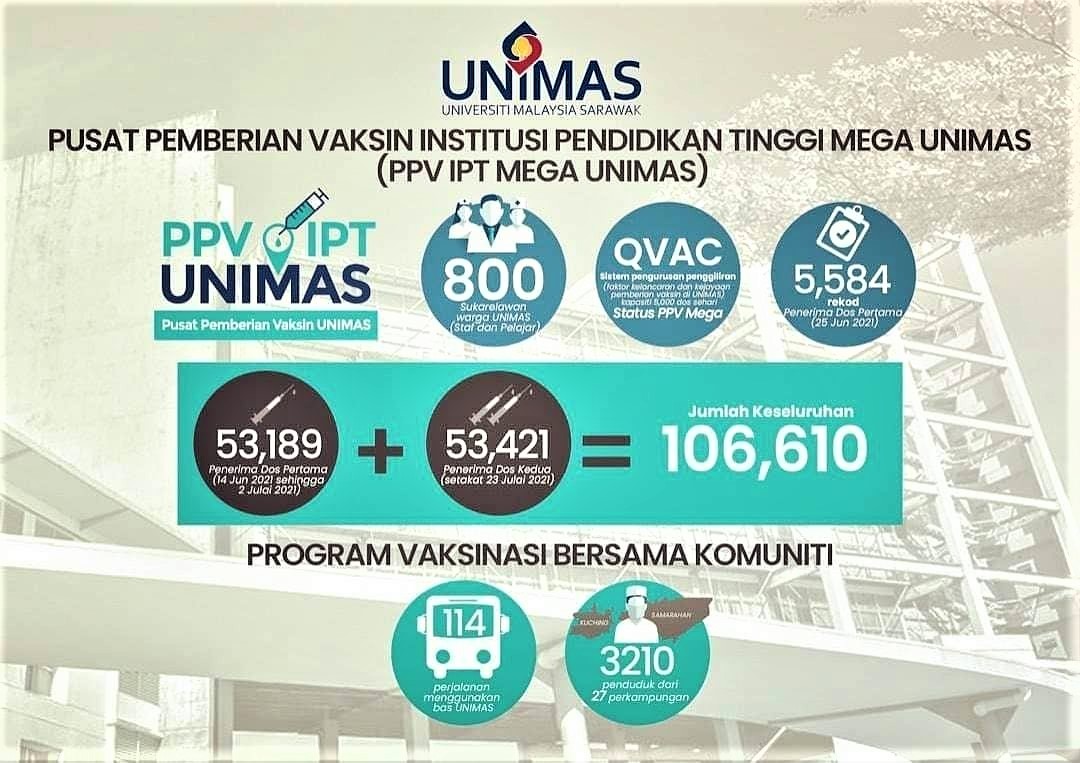 KUCHING: Universiti Malaysia Sarawak (Unimas) vaccination centre (PPV) has administered 106,610 vaccine doses since the start of its operations on June 14.

Apart from the adoption of the rotation management system or QVAC, he said the success of the Unimas PPV is due to the high spirit of volunteerism.

“The overall number of volunteers involved in the PPV operations was 800, including both Unimas students and staff,” he said.

He added the highest record they have ever achieved was on June 25 with a total of 5,584 individuals being given the vaccine.

“In an effort to achieve herd immunity, we have also conducted a vaccination programme with the community involving 3,210 residents from 27 villages in the Kuching and Samarahan areas.

“Residents of the villages were taken to the Unimas PPV by bus services provided by the university for their jab appointment,” he added.

Churches in Murum given grants

Ensure everyone eligible gets vaccinated