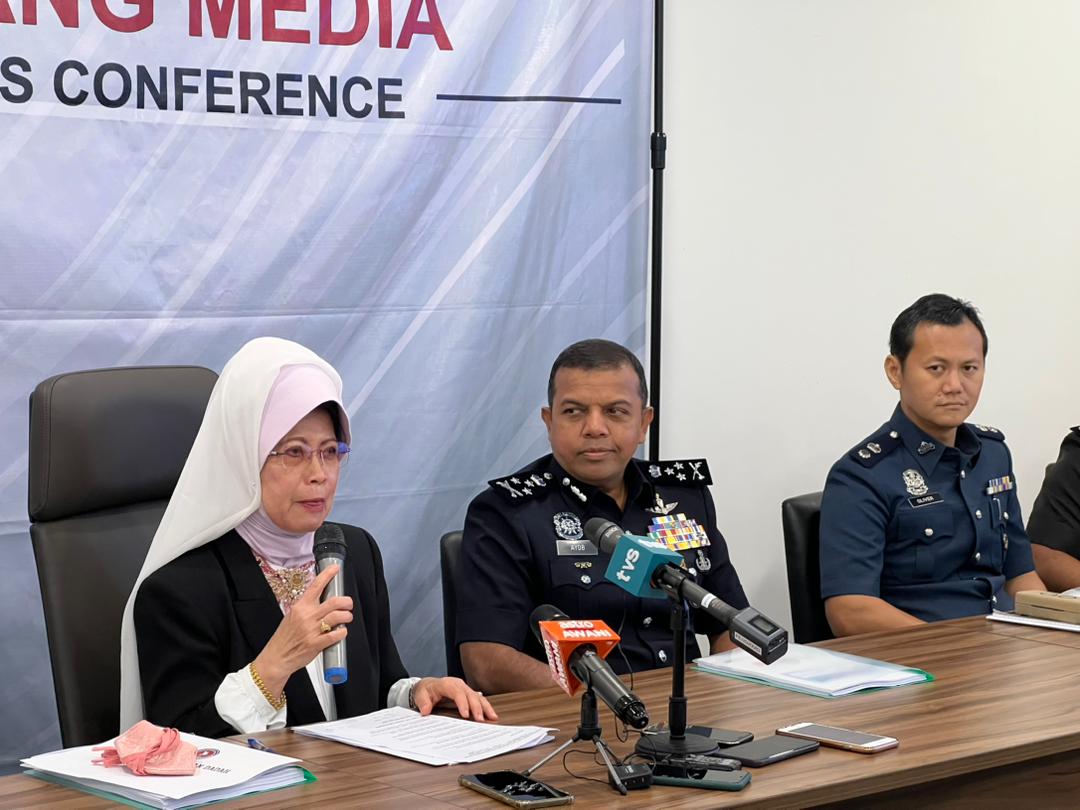 11.30kg of drugs in various forms seized from June to August

KUCHING: A total of 11.30kg of narcotics and illegal substances in compressed form and 841 in pill form worth RM714,955 were confiscated from June to August this year in Sarawak.

She said the operation resulted in a total of 3,067 arrests, with 207 persons involved in distribution, 672 in possession of drugs, and 2,188 individuals testing positive.

“Meanwhile, a total of 2,136 Persons Under Supervision (OKP) were monitored in Sarawak as of late August and of that total, AADK monitored 1,956 OKPs and PDRM monitored another 180 OKPs,” she explained.

Meanwhile, as of August, 216 people are receiving treatment and rehabilitation at the Narcotics Addiction Rehabilitation Centre (PUSPEN) under court orders managed by Sarawak AADK.

“Through arrests and seizures, we were able to limit the supply and demand for illegal drugs in Sarawak, which are the two key measures in the Sarawak OSC MIDS Action Plan chain.

“In fact, the surge in drug seizures demonstrates that the Sarawak government is quite serious about dealing with the issue of drug abuse after declaring it a security concern in July 2020.”