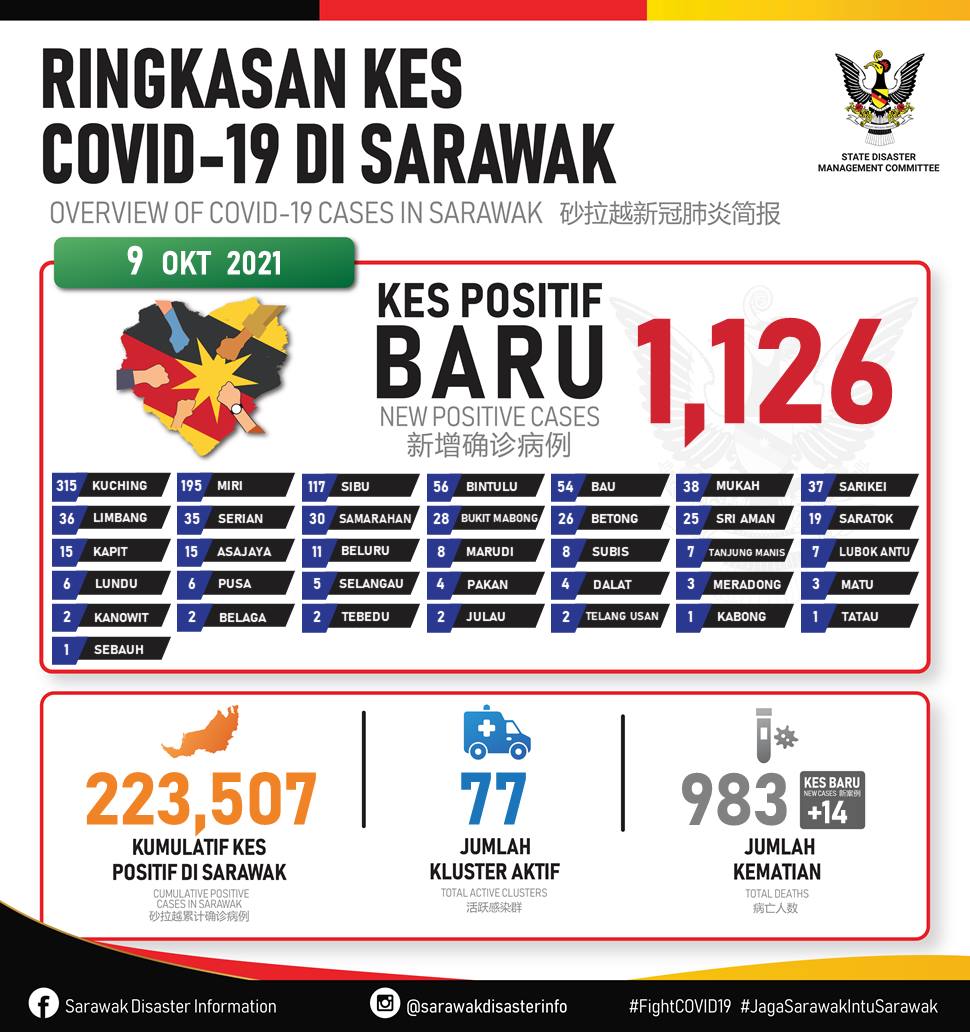 The Sarawak Disaster Management Committee (SDMC) in a statement said 1,116 cases or 99.11 percent were in Categories 1 (no symptoms) and 2 (mild symptoms).

The districts that recorded fewer than 10 cases were Marudi with eight cases, Subis (eight), Tanjung Manis and Lubok Antu (seven each), Lundu and Pusa (six each), Selangau (five), Pakan and Dalat (four each), Meradong and Matu (three each), Kanowit (two), Belaga, Tebedu, Julau and Telang Usan (two each), and Kabong, Tatau and Sebauh (one each).

The committee also said there were no new Covid-19 clusters, while three clusters had ended after no new cases were reported in these clusters in the past 28 days.

The three clusters involved were Tanjung Kibong 2 Cluster in Sibu, Menuang Baru Cluster in Limbang, and Sawit 16 Cluster in Beluru.

Meanwhile, SDMC also said that as of today, there were 72 new persons-under-surveillance (PUS) recorded in the state, while a total of 156,729 PUS statewide had been discharged.