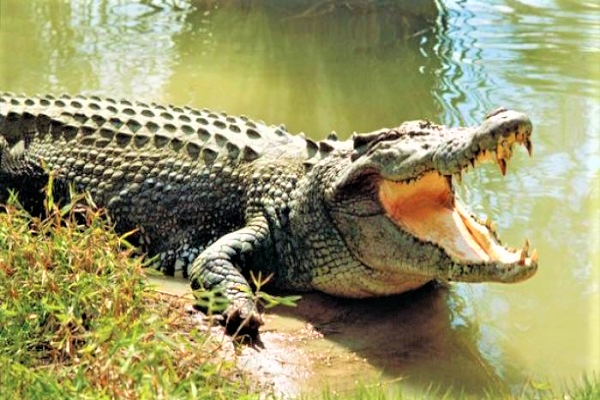 State Bomba director Khirudin Drahman disclosed that as of Aug 26 this year, there have been six crocodile attacks throughout the state.

In 2020, five men have fallen victim while one is still missing, believed to be attacked by a crocodile.

“Whereas in 2019, three men died while another man was injured. In 2018, the bodies of three men and a woman were found after they were reported to be attacked by crocodiles.

“This brings the figure to 12 deaths (11 men and a woman) involving crocodile attacks.

“The victims were collecting sago, nipah palm shoots, setting fish nets, and fishing when they were attacked,” he told New Sarawak Tribune on Friday.

Khirudin explained that 50 emergency calls pertaining to crocodile sightings and attacks were received by the fire department from 2018 to date.

Of the figure, 13 of the calls involved victims of crocodile attacks while the remaining were sightings of reptiles trapped or reptiles that had strayed far from their habitat.

He shared that the size of crocodiles ranged from baby crocodiles to as long as four metres and can were found in rivers, swamps, ditches, drains, backyards, ponds, on the road, and even stuck in trawls and hooks.

The six cases of crocodile attacks this year were:

• July 2: A 61-year-old man, Sarkawi Talip, was reportedly attacked by a crocodile while tying sago palm branches on the bank of Sungai Undey. (Still missing)

• April 22: Yanha Mahrat, 29, was attacked by a crocodile while setting his fishing net at Sungai Kampung Melayu Tanjung Pijat, Sri Aman. He was fishing with his younger brother and uncle. (Body found)

• March 19: A 78-year-old man, Lingai Rabong, was dragged into the water by a crocodile in Mekam-Sare River in Jaka at 11am while collecting nipah palm shoots. (Body found)

• March 11: A 27-year-old angler, Norizam Mat Sukur, was believed to have been killed by a crocodile during a fishing trip nearby Sungai Selang in Telaga Air at 6.30am. (Body found)

• Jan 24: Fairus Latip, 37, was believed to have been attacked by a crocodile in Sungai Chupin, Lundu while looking for crabs at 11.30pm. (Body found)