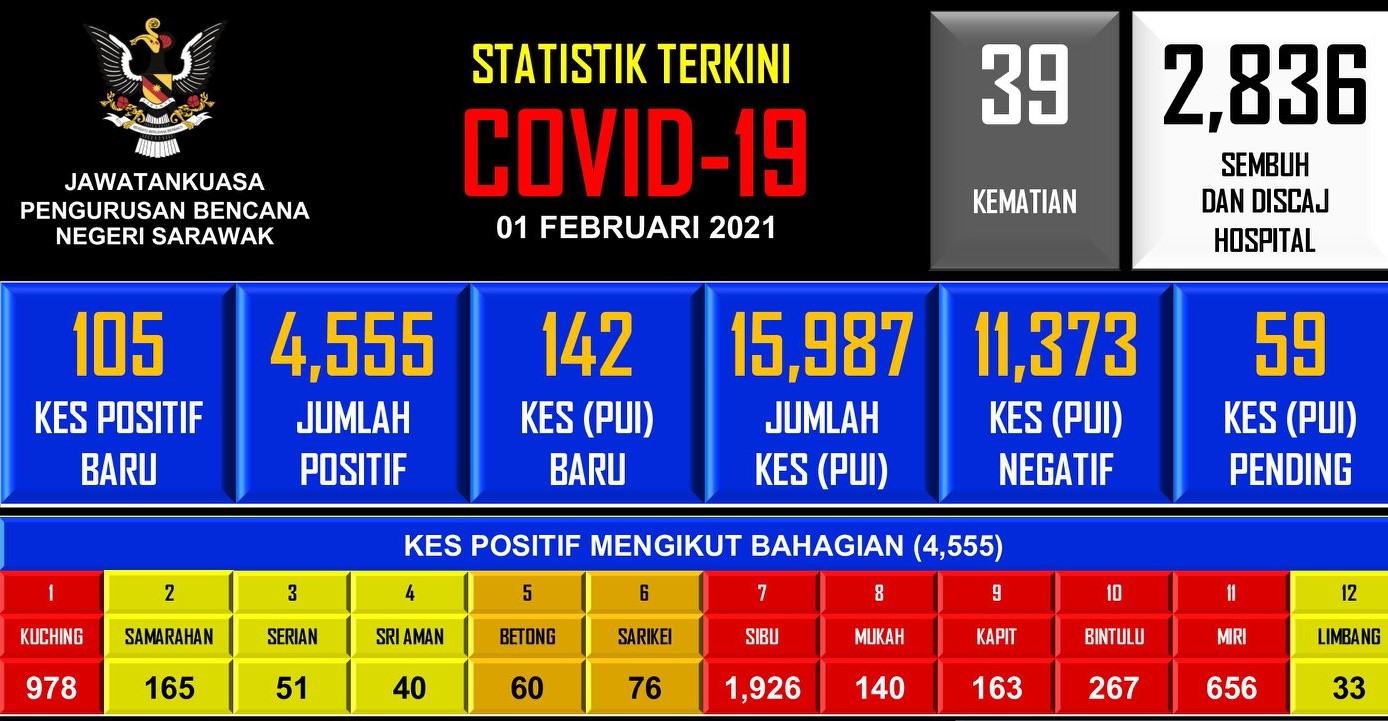 “This increased the total number of Covid-19 positive cases in the state to 4,676.”

It added that 148 cases had recovered and allowed to be discharged.

“This brings the total number of those who have recovered or allowed to be discharged to 2,985 people or 63.84 percent.”

As of today, 145 new persons under investigation (PUI) were reported while 27 are awaiting their test results.

Meanwhile, Sarikei District has returned to yellow from its orange status.