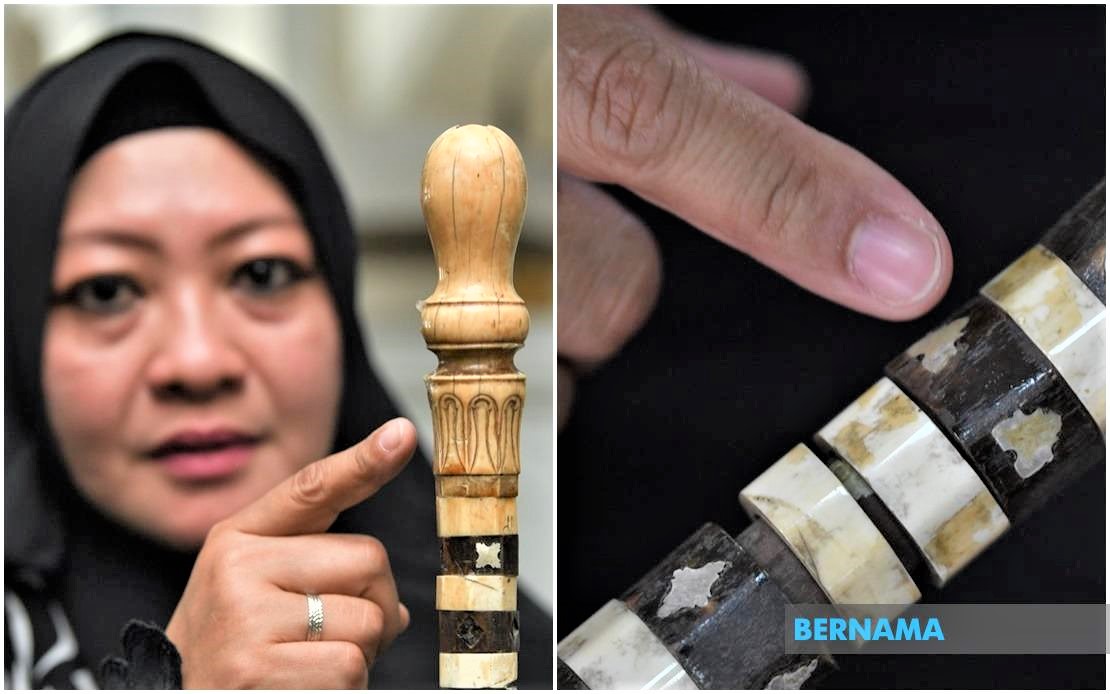 KUALA TERENGGANU: Those passing-by Losong Haji Mohd Mosque, which is on the outskirts of Kuala Terengganu, would not have thought that there is a 126-year-old “tongkat khutbah” (stick held by an imam when delivering sermons) made of whale shark’s bone inside the mosque.

Head of the Art and Design Department, Faculty of Arts, Computers and Creative Industry, Universiti Pendidikan Sultan Idris (UPSI), Dr Harleny Abd Arif said the whale shark bone was used for the rounded hilt of the 1.5 metre stick, as well as the 99 small octagonal loops that formed its decoration.

“The small loops, which look like rings, are arranged alternately with loops made from hardwood and decorated with geometric motifs,” she told Bernama when met at the mosque in Kampung Losong Haji Mohd here.

The surface of each carving was inlaid with oyster skin, she said, adding that the inlay technique which uses marine life skin was also found on jewellery items made from India and Pakistan.

She said there were also engraving of Arabic characters, 1312 Hijrah, which is equivalent to 1895 AD and believed to be the year the staff or asaa was made.

She believed the stick was made during the same time as the construction of the original Losong Haji Mohd mosque, which was at the end of the 1890s.

“Normally, the mosque, its pulpit and the sermon stick will be built at around the same time, but what is interesting about Losong Haji Mohd mosque is that its pulpit is over 200 years, which is a difference of more than 80 years from the time the sermon stick was made,” she added.

She said the pulpit at the old mosque had been moved to the new mosque which was built about 50 metres away.

Bernama had earlier reported on a 211-year-old pulpit in the prayer room of the mosque.

On the use of whale shark bone to make the sermon stick, Harleny said one of the possible factors was that country’s waters had long been the route for the fish species.

Meanwhile, a senior lecturer at the Department of Art and Design, Faculty of Arts, Computers and Creative Industries, UPSI, Drs Izani Mat Il (note: il), who also doing a research on the sermon stick, said the fin part of the whale shark was used to make the sermon stick.

The reason being that the mass of fish bones on the fin is more compact than the other bone parts and they were also normally used by the people in the olden days to make handicraft products, he added.

He also said the whale shark that is often found in the South China Sea is an endangered species and its seasonal migration is often awaited by divers, especially in the waters of Tanjung Datu, Sarawak and Temajuk waters in Sambas, West Kalimantan, Indonesia.

Deputy chairman of Losong Haji Mohd mosque committee, Mohd Muda said the locals knew about the presence of the sermon stick made from the bone of whale shark at the mosque as the story was passed down from generation to generation.

However, it was only lately that researchers come to the mosque to do a research of it, he said, adding that the stick was still held by the imam until today when delivering the sermon. – Bernama 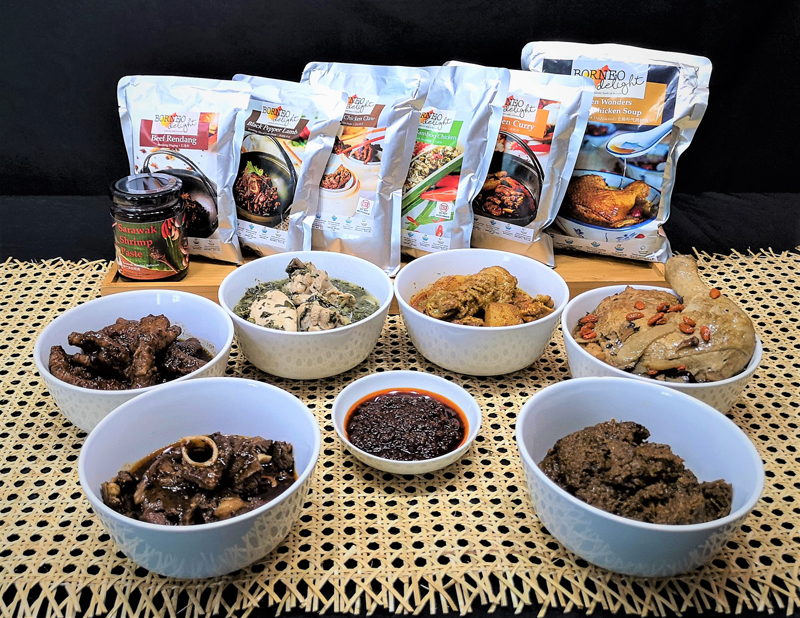