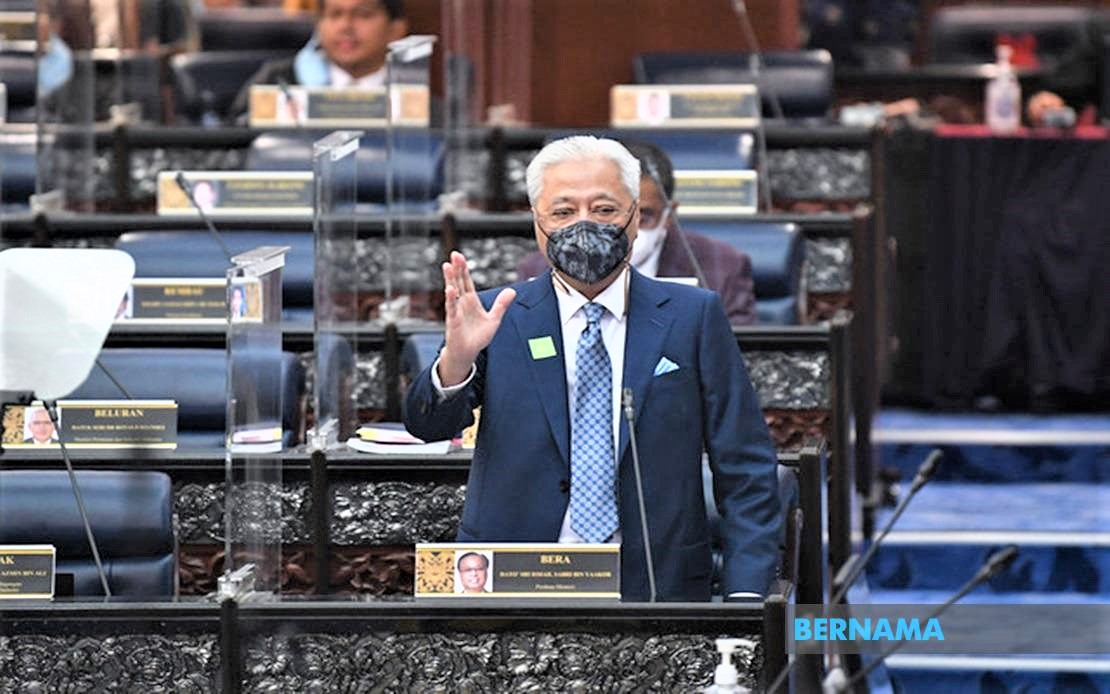 He said the 12MP, with the objective of ‘A Prosperous, Inclusive, Sustainable Malaysia’, is not just to generate national wealth, but to enable the people to enjoy a better standard of living with a more equitable distribution of opportunities and outcomes as well as ensuring environmental sustainability.

Ismail Sabri, who was sworn in as the ninth prime minister last Aug 21, tabled the five-year plan in the Dewan Rakyat, with the government allocating RM400 billion to finance extension projects and new projects under the 12MP.

Another focus is to strengthen the Bumiputera and Malaysian Family agenda; accelerate the development of Sabah, Sarawak and the less developed states; accelerate green growth; and improving the efficiency of public service delivery and ensuring effective policy implementation.

“We want to drive the Malaysian Family towards a developed and high-income country  that is resistant to challenges in the future. However, this achievement is meaningless, if there are still those who are left out from the current development.

“We want to live happily together as a family regardless of income level, religion, race and ethnicity,” he said.

On stimulating economic growth, which is the first focus of the 12MP, Ismail Sabri said several strategic and high-impact industries, such as electricity and electronics; global services; aerospace; halal industry; creative; tourism; biomass and smart agricultural activities, will be enhanced, while the transformation of micro, small and medium enterprises (MSMEs) will be strengthened.

He said the government has approved several programmes and projects to boost the growth of the strategic sectors and industries, which included an investment loan fund for research and development in aerospace, electrical and electronics fields.

Others included establishment of the Centre of Excellence for Future Industry; intellectual property funds; and a financing scheme for digitization and adoption of technology to support local companies in the transition to advanced technology.

For the MSMEs, he said, they are expected to contribute 45 per cent to the Gross Domestic Product (GDP) and 25 per cent of the total export in 2025.

To bridge the digital gap between the rural and urban areas, he said the Internet Centre, Rural Internet Centre and Rural Community Centre would be transformed into the Malaysian Family Digital Centre that provides facilities for locals to be involved in e-commerce, skills training, learning and community activities.

Realising the importance of talent development to make Malaysia a high-income country, Ismail Sabri said the country’s education system will be improved and the issue of mismatch in the job market would be addressed.

On strengthening of the healthcare system, Ismail Sabri said the government would review the effectiveness of the existing health system, as well as formulate a national health policy to increase preparedness in management of infectious diseases and health crises.

Towards this end, he said, the Malaysian Institute of Infectious Diseases would be built in Bandar Enstek, Negeri Sembilan next year.

The prime minister also announced that 500,000 units of affordable housing will be built under the 12MP, as well as improvements made to facilitate home financing, including Fund for Affordable Housing, Youth Housing Scheme and Rent-to-Own Programme (RTO) to increase the opportunities for the B40 and M40 groups to own homes.

To eradicate hardcore poverty, targeted assistance such as cash and social protection will be extended to those eligible, in addition to allocating RM1.5 billion for the Urban Community Economic Empowerment Programme and the Skim Pembangunan Kesejahteraan Rakyat in the rural areas.

In his speech when tabling the 12MP, Ismail Sabri touched at length on initiatives to strengthen the agenda of the Bumiputera, the Orang Asli and the natives to achieve a more just, equitable and inclusive socio-economic development in line with the spirit of the Malaysian Family.

The low-income Chinese and Indian communities would also not be neglected, he said, adding that improvements would be made to the Kampung Baru Special Loan Scheme, to continue with the basic infrastructure and social amenities programmes, provide targeted skills upgrading and financial assistance programmes, as well as entrepreneurial opportunities in line with the Indian Community Action Plan.

As for People with Disabilities (PwDs), the prime minister said they would continue to be empowered through the implementation of programmes such as Job Coach, Community-based Rehabilitation, entrepreneurship programmes and career carnivals.

On Sabah and Sarawak, he said, the government is committed to resolving issues based on the 1963 Malaysia Agreement and would continue to give priority to development in both the states under the 12MP.

The prime minister said at least 50 per cent of the total Basic Infrastructure Allocation would be distributed to Kedah, Kelantan, Perlis, Sabah, Sarawak and Terengganu to bridge  the economic gap between states, regions,  as well as urban and rural areas.

He said efforts would be stepped up to ensure access to clean water and electricity supply reached 98 per cent and 99 per cent, respectively, where an allocation of RM310 million is set aside for Social Amenity Programmes and RM1.6 billion for the construction of rural roads.

On the transformation of the country’s water sector, Ismail Sabri said the 2040 Water Sector Transformation Agenda would be introduced in the 12MP to enhance management efficiency, optimise potentials and create new jobs.

To accelerate green growth, Malaysia is committed to becoming a carbon neutral country by 2050, he added.

The prime minister also announced the restructuring of ministries and agencies, as well as their functions, to reduce bureaucracy.

The government will also study a proposal on introducing a Public Service Act, he added.

Ismail Sabri gave an assurance that the government will ensure amendments to the constitution to allow Undi18 (Malaysian citizens aged 18 to vote) to be implemented.

“I am aware that the young people of today want their voice to be heard to together develop the country through the practice of democracy,” he added.

In concluding his one hour and 45-minute-long speech, Ismail Sabri called on all parties, as well as the opposition, to put aside their differences and to work together to build a competitive, resilient and sustainable Malaysia.

“Let us mobilised all energy, expertise and experience to together realise the goals of the 12MP. We must closely embrace the principle of working with the people for the sake of the Malaysian Family,” he added. – Bernama

Previous articleGovt targets RM10 bln investments in biomass industry over next five years
Next articleDigital economy to contribute 25.5 pct to GDP by 2025