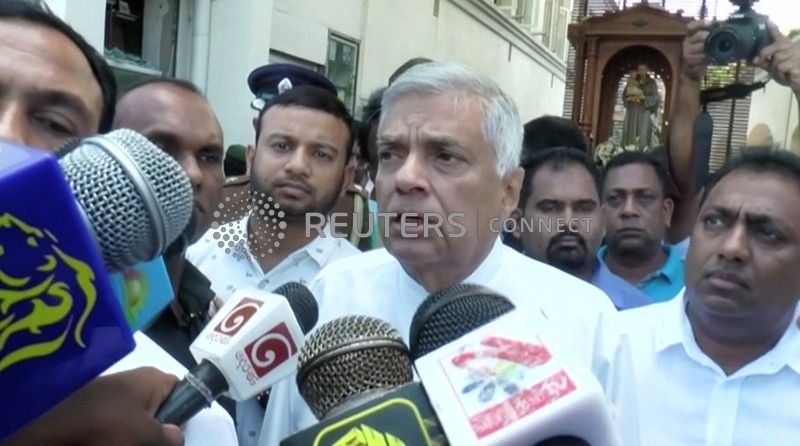 COLOMBO: Sri Lankan Police said on Sunday that 13 people had been arrested over a series of blasts which killed 228 people across the island nation, Xinhua news agency reported, quoting local media.

The police, quoted by local media reports, said the 13 people had been taken into custody in the capital of Colombo and 10 of them had been handed over to the Criminal Investigations Department.

Prime Minister Ranil Wickremesinghe told reporters that all those arrested were Sri Lankan nationals and search operations were underway to hunt for more suspects.

He said 228 people were killed and 450 were injured from eight explosions on Sunday.

President Maithripala Sirisena has appointed a special commission to probe the attacks.

The explosions were reported across Sri Lanka on Sunday as hundreds of worshippers gathered at churches to commemorate Easter Sunday, the police said.

Police spokesperson SP Ruwan Gunasekara said an explosion struck St Anthony’s Church in Kochchikade in Colombo and another hit St Sebastian’s Church in Negombo, on the outskirts of the capital on Sunday morning.

A third explosion rocked Zion Church in the eastern city of Batticaloa.

Blasts also ripped through three five-star hotels in Colombo, while on Sunday afternoon an explosion was reported from a hotel opposite a zoo in Dehiwala and another one from a housing complex in Dematagoda, both in the capital. – Bernama