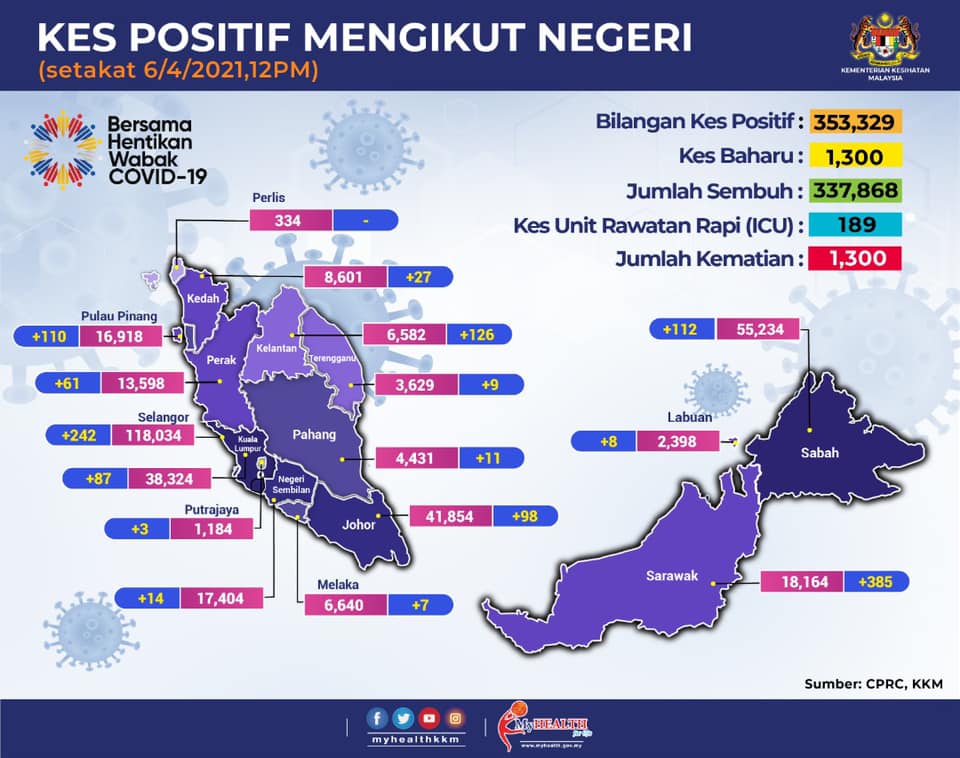 Of this number, 1,276 cases were local transmissions and 24 were imported ones, he said in a posting on his official Twitter account.

This brings the cumulative figure for positive Covid-19 cases in the country to 353,329, with 14,161 being active cases.

The three states with the highest new case numbers are Sarawak with 385, followed by Selangor (242) and Kelantan (126).

Meanwhile, Dr Noor Hisham, in a statement, said 10 new clusters were detected — five at workplaces, three in the community, and one each involving a detention centre and a religious event.

The community clusters are Kampung Palekbang in Kelantan, Taman Peruda in Kedah and Kampung Belaoh in Terengganu.

The detention centre cluster is Padang Hijau in Johor while the religious event cluster is Belacon in Sabah. – Bernama

Summons for glass of plain water priced above RM1