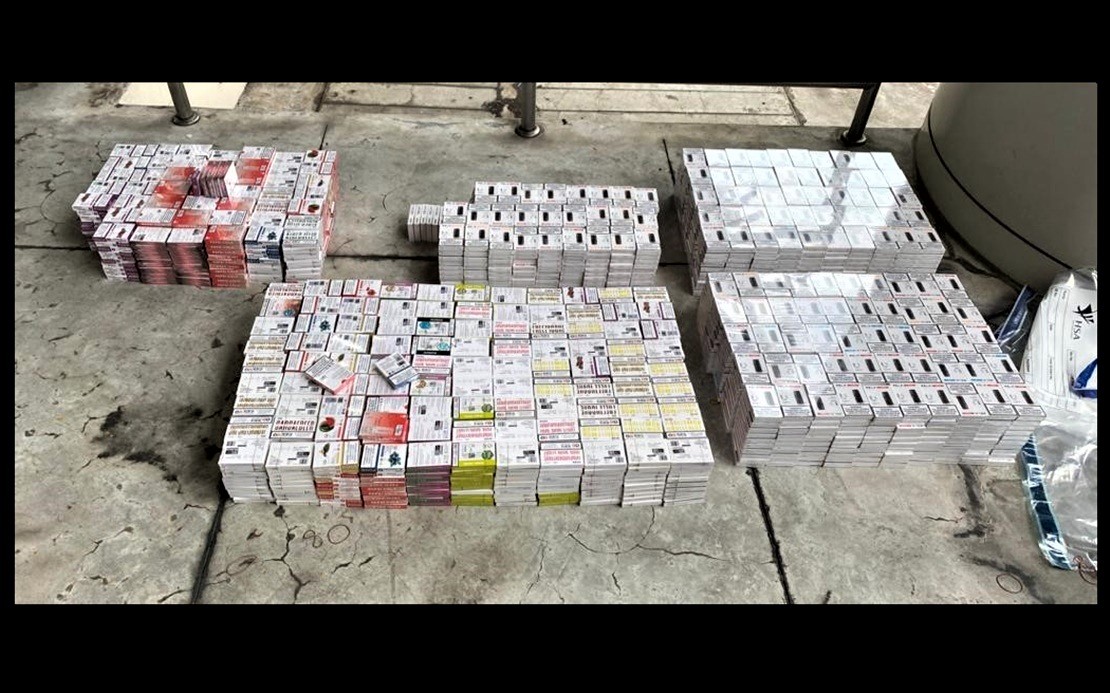 SINGAPORE: A total of 14 drivers and attendants of seven lorries operated by a Malaysian company were given imprisonment terms of up to two months, for smuggling a total of 54,392 pieces of e-vaporisers and related components into the republic.

The Singapore Health Sciences Authority (HSA) today said the 14 persons were prosecuted on June 28, 2021, with the street value of the prohibited products estimated to be around S$700,000, the largest seizure so far.

“The 14 smugglers were aged between 22 and 54 years. Their attempt to smuggle the prohibited products was foiled by Immigration & Checkpoints Authority (ICA) officers at Tuas Checkpoint on June 7, 2021,” HSA said in a statement here.

“ICA officers had found the prohibited products concealed in the cabin passenger seats of the seven Malaysian registered lorries which were used to transport live chickens into Singapore,” it said.

Investigations revealed that these 14 smugglers were instructed to proceed to a designated location in Singapore where they would be approached by a person who would collect the prohibited products.

HSA reminded the public that the Tobacco (Control of Advertisements and Sale) Act prohibits the import, distribution, sale or offer for sale of harmful or imitation tobacco products. These include e-vaporisers and their components.

A Singapore news portal on June 10 reported the 14 were Malaysians. – Bernama

At least 100 killed in Afghanistan earthquake