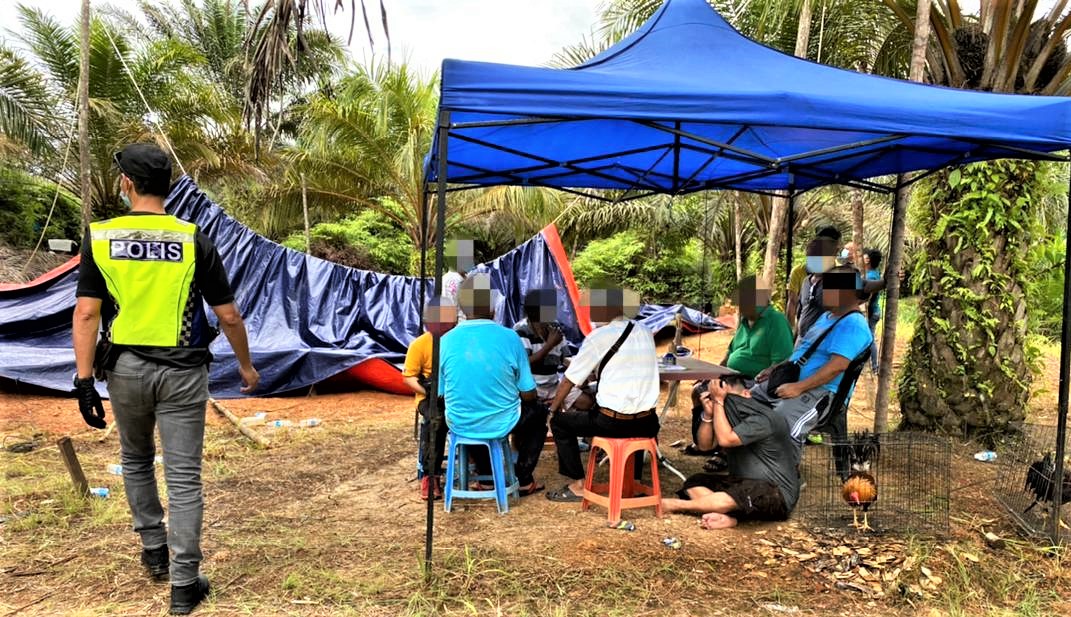 District police chief Supt Zulkipli Suhaili said a Bintulu CID team raided the area around 3pm. The men tried to flee when they spotted the police team at their location.

All the suspects, who are between the ages of 19 and 69, were taken to the police station for further action.

He noted that the case is being investigated under Section 3(1) of the Prevention of Cruelty to Animals Act 1962.

If convicted, the suspect could face a fine of RM1,000 or imprisonment for a term of three months.