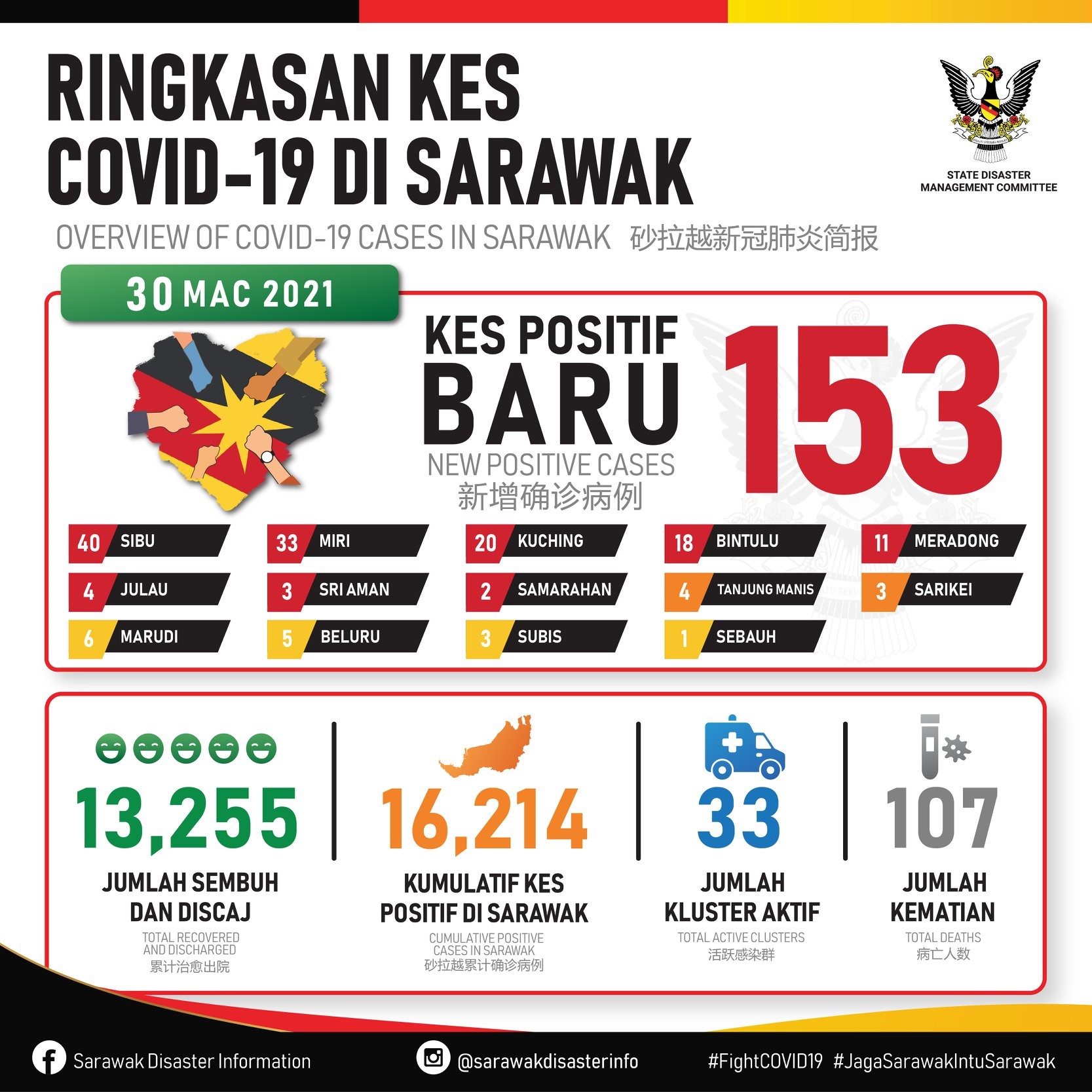 Of the 153 new cases, 17 had signs and symptoms of infection during screening.

“A total of 98 cases are individuals who were ordered to stay at quarantine centres statewide.

“Ninety-three were individuals who had been identified as close contacts of Covid-19 positive cases; one person returned from abroad (Import A) and four returned from high-risk areas (Import B),” it explained.

The committee said currently 33 clusters are still active in the state.

“Of these, a total of eight reported an increase in cases while the other 25 clusters had no additional cases.”

Additionally, SDMC said that Tanjung Manis district has turned orange after 23 locally transmitted cases were reported in the last 14 days.

“This takes the number of districts with orange status to five. Eleven remain red, 16 are yellow and eight are still green,” it added.