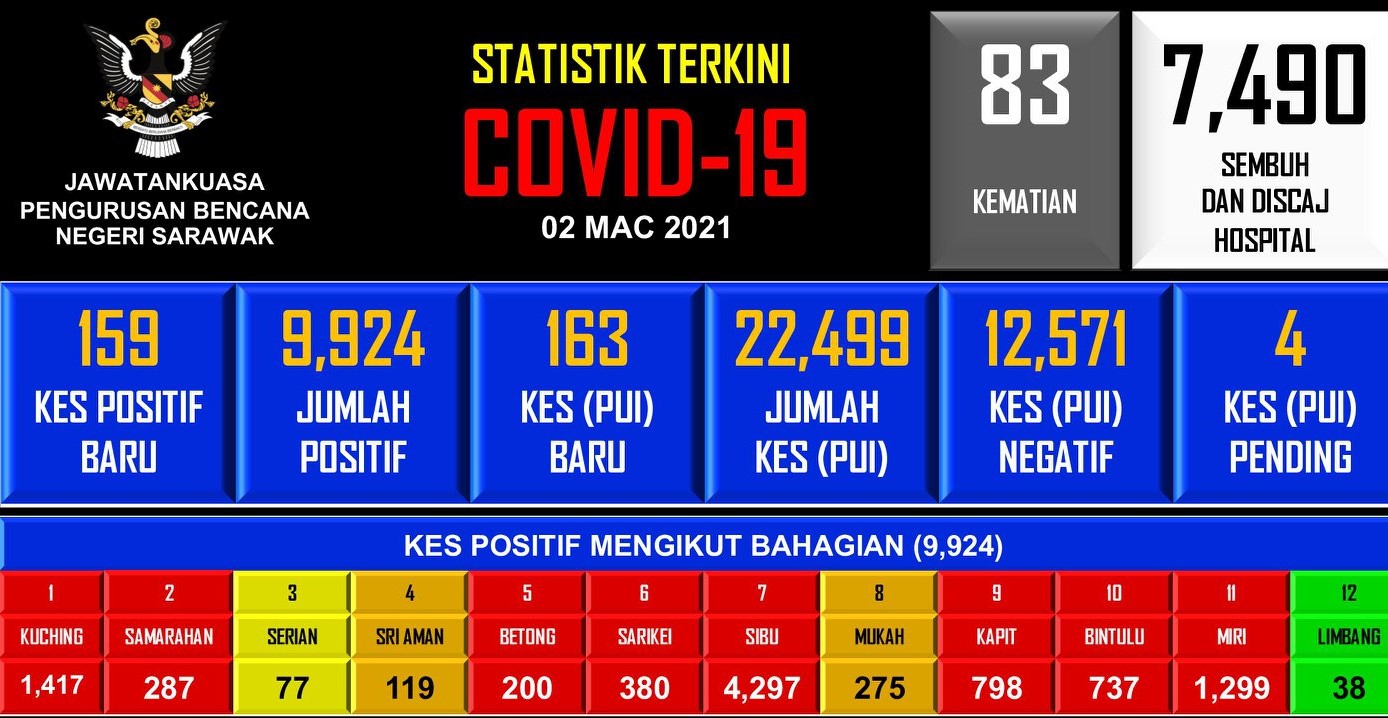 State Disaster Management Committee (SDMC), in a statement, said the cases were reported in 13 districts throughout the state.

The committee also revealed that the newly recorded cases also include four healthcare workers in Kuching, Sibu and Miri.

Meanwhile, 227 new cases have recovered and allowed to be discharged.

“This brings the total number of positive cases that have recovered or allowed to be discharged to 7,490 or 75.47 percent of the total cases in Sarawak,” it said.

SDMC said the State Health Department has declared the end of the Sekubong Cluster in Sebauh after no new cases were reported within 28 days from the date the last case was detected.

“Twenty-five clusters are still active. Three clusters have reported new additions, while the other 22 have no case additions,” it said.

“The districts of Selangau, Kanowit, Betong, Meradong, Kuching, Samarahan, Kapit, Bintulu, Miri and Sibu remain as red zones with a total of 2,554 locally transmitted cases reported in these 10 districts in the last 14 days.