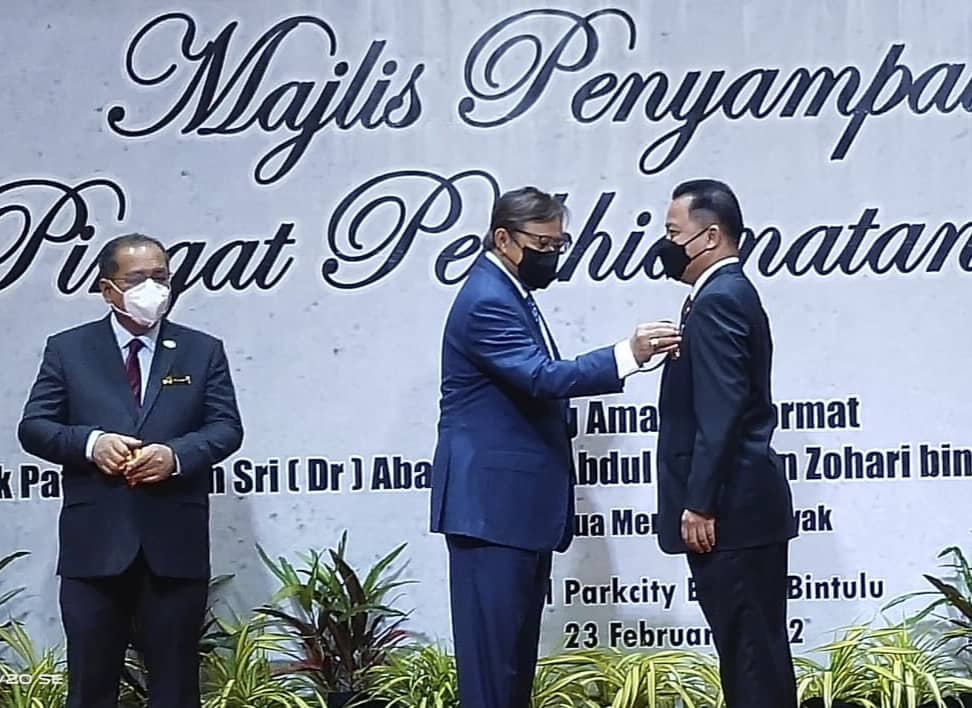 BINTULU: A total of 170 civil servants from 10 government departments and agencies have been awarded with Loyalty Service Medals.

Leading the list of recipients was Bintulu Deputy Resident Hussaini Hakim who has served faithfully and with dedication for 28 years.

The medals were also presented to 13 recipients who have served for over 35 years, including Hanita Dahlan from Department of Agriculture (DOA) Sarawak, Rosni Kadir from Land and Survey Department (JTS) Sarawak, Mohammad Sanusi Juni from Forest Department Sarawak (FDS), and Pati Sabtu from Bintulu Development Authority (BDA) – who have each served for 35 years.

Chief Minister Datuk Patinggi Tan Sri Abang Johari Tun Openg officiated the Loyalty Service Medal Presentation Ceremony 2022 which was held here today. This was the first such ceremony to be held for this year after two years of being delayed due to the COVID-19 pandemic.

Apart from that, Bernadette Angie Elin (40 years) and Mordiana Amir (35 years) from Sarawak State Education Department (JPNS) were been recognised for their dedications and services in the state.

Corporal Juka Nisir from the Royal Malaysian Police (PDRM) was also recognised for his 37 years of service.