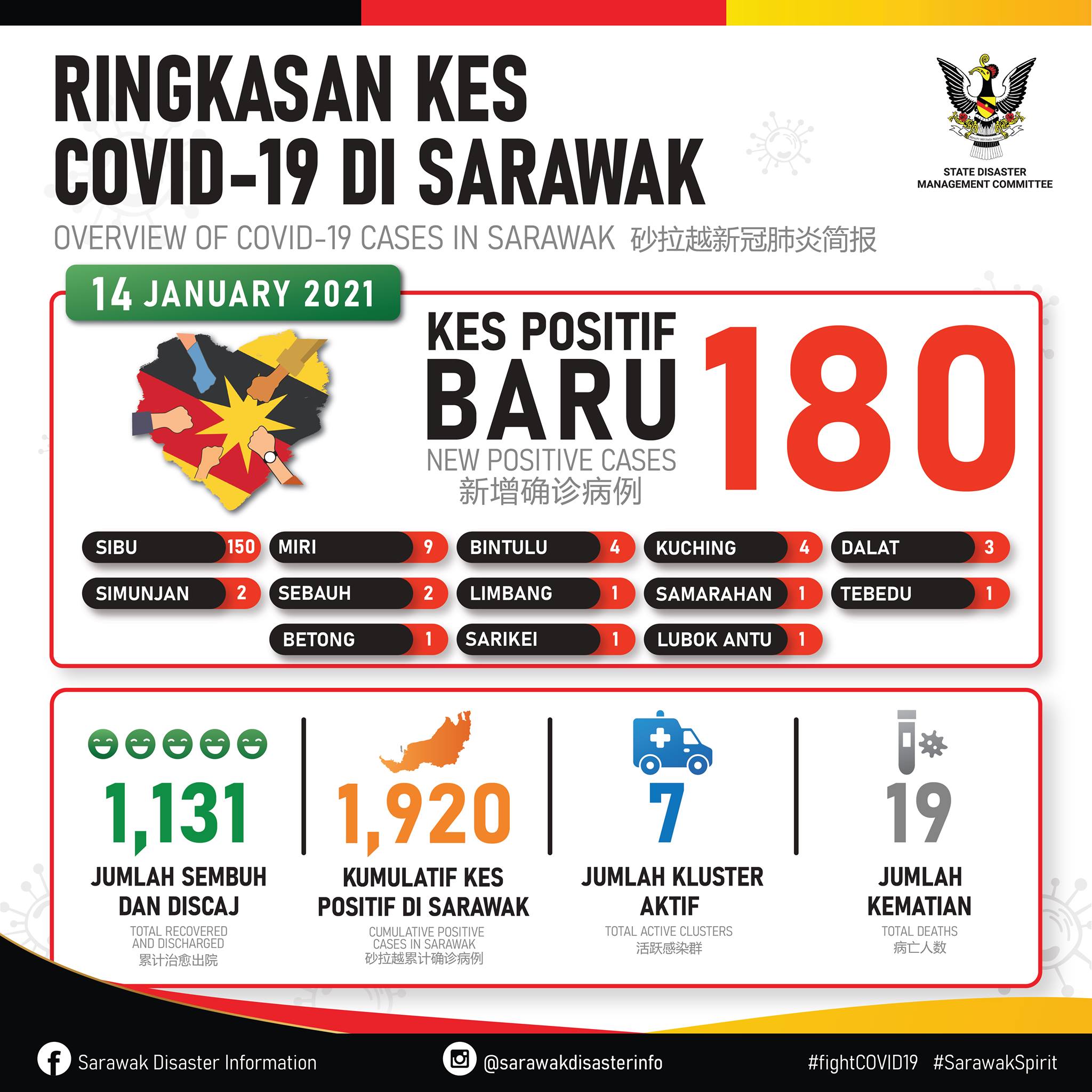 Of these, 150 cases were recorded in Sibu, Miri (9), four each in Bintulu and Kuching, Dalat (three), two each in Simunjan and Sebauh, and one each in Limbang, Samarahan, Tebedu, Betong, Sarikei and Lubok Antu.

The Sarawak Disaster Management Committee (SDMC) in a statement today said this brought the total number of cases thus far to 1,920.

In Sibu District, 148 of the cases recorded involved the Pasai Cluster while the other two were detected through other screenings.

Miri District’s nine cases comprised five from the Jelita Cluster, two from the Bah Sayap Cluster, a local individual who had returned from Sabah, and another local detected through active case detection (ACD) at a food premises.

As for the four cases in Kuching District, there was one case each involving the Pasai Cluster, Stutong Cluster and Jelita Cluster, and another case involving a symptomatic individual categorised as a local infection.

In Bintulu District, two cases involved the Pasai Cluster, one involved the Bukit Sekubong Cluster, and one is local who showed symptoms and was categorised as a local infection.

The case in Limbang District was a local man who underwent a scheduled screening for the purpose of going through Brunei. The case was categorised as Import-B, from Sabah.

The case in Betong District was an individual who had returned from Johor while the case in Tebedu was an Indonesian undocumented immigrant in lockup, categorised as Import-A.

The case in Sarikei District was a local individual who was screened at a private hospital in Sibu for the purpose of reporting for duty as a civil servant in Sabah.

The case had no relation to existing clusters and was categorised as a local infection.

The case recorded in Lubok Antu is a local individual who showed symptoms, categorised as a local infection.

“Nine new cases have recovered and were discharged, comprising six from Miri Hospital and three from Sarawak General Hospital (SGH),” it said.