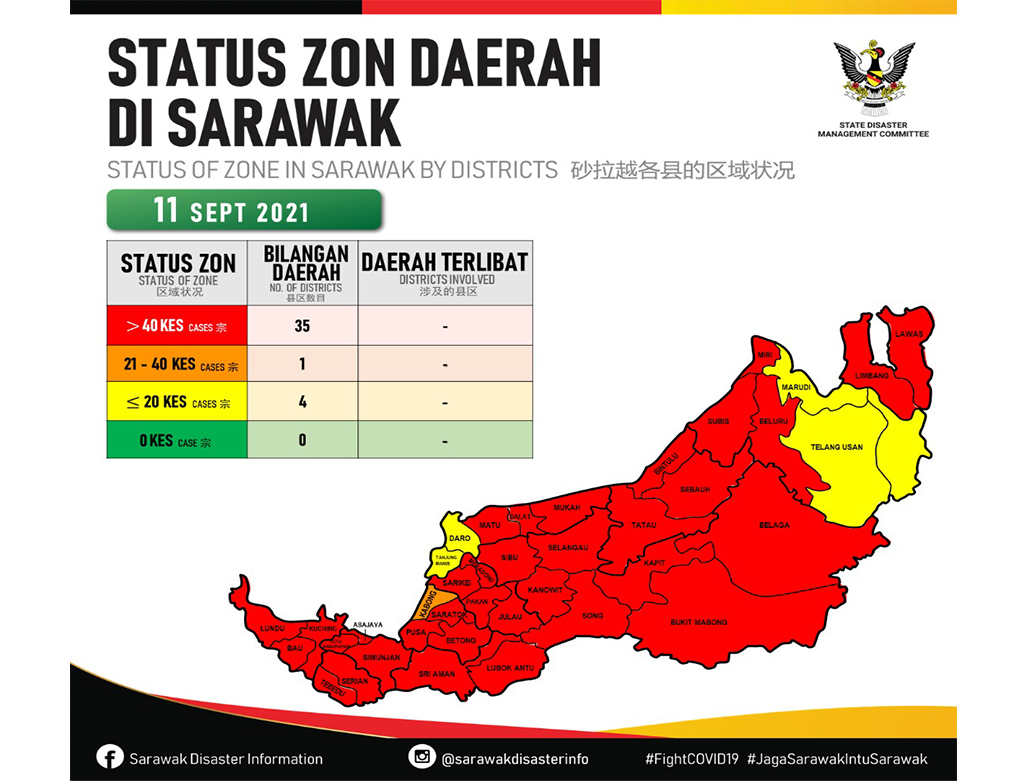 KUCHING: A total of 20 localities from seven districts are placed under the enhanced movement control order (EMCO).

In Sri Aman, EMCO was enforced from Sept 8 until Sept 21 at Kampung San Demam, at Undop, and the restriction at Rumah Peter Suring, Sungai Silas Tabau, Jalan Ulu Sebauh in Bintulu started from Sept 9 until Sept 22.

“In Tatau, Rumah Vicky Angkalom at Jalan Tatau/Bintulu, EMCO was enforced started from Sept 10 until Sept 23.

“From Sept 11 until Sept 24, EMCO is enforced at Kampung Hulu and Kampung Semarang both at Maludam in Pusa district,” said the committee.

Apart from that, SDMC also stated that EMCO was enforced at nine localities in Pakan, also from Sept 11 until Sept 24.

In Sarikei, Rumah Rampai at Sungai Anyit Selangan and Rumah Usay, Sungai Tukup at Sare are under EMCO from Sept 12 until Sept 25.

The zone status of districts still remains the same, with 35 districts in red zone, one orange, four yellow and none in the green.