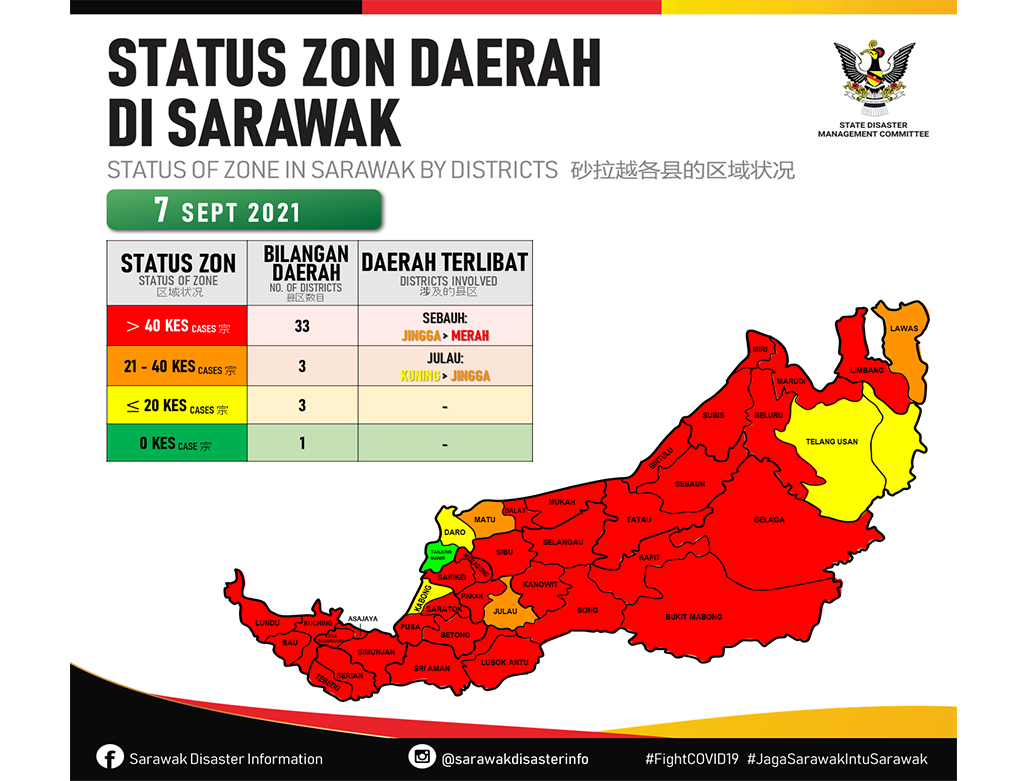 KUCHING: Twenty new localities in Sarawak have been placed under the enhanced movement control order (EMCO).

The EMCO at Kem Sumark Trading, Sg Sian, Bintangor in the Meradong district also began today and will last until Sept 20.

From today until Sept 22, Rumah Daniel, Tingkat Atas, Roban in Kabong and Rumah Antas, Itop Asal, Awik as well as Rumah Beti, Ulu Awik (both in the Saratok district) will also be placed under the EMCO.

The SDMC today also announced the extension of the EMCO at six localities in the state.

The SDMC today also announced the end of the EMCO in 16 localities.

The SDMC today also announced that the Sebauh district had turned red after recording 45 local cases in the past two weeks.

The Julau district is now orange after recording 22 local cases in the past 14 days.