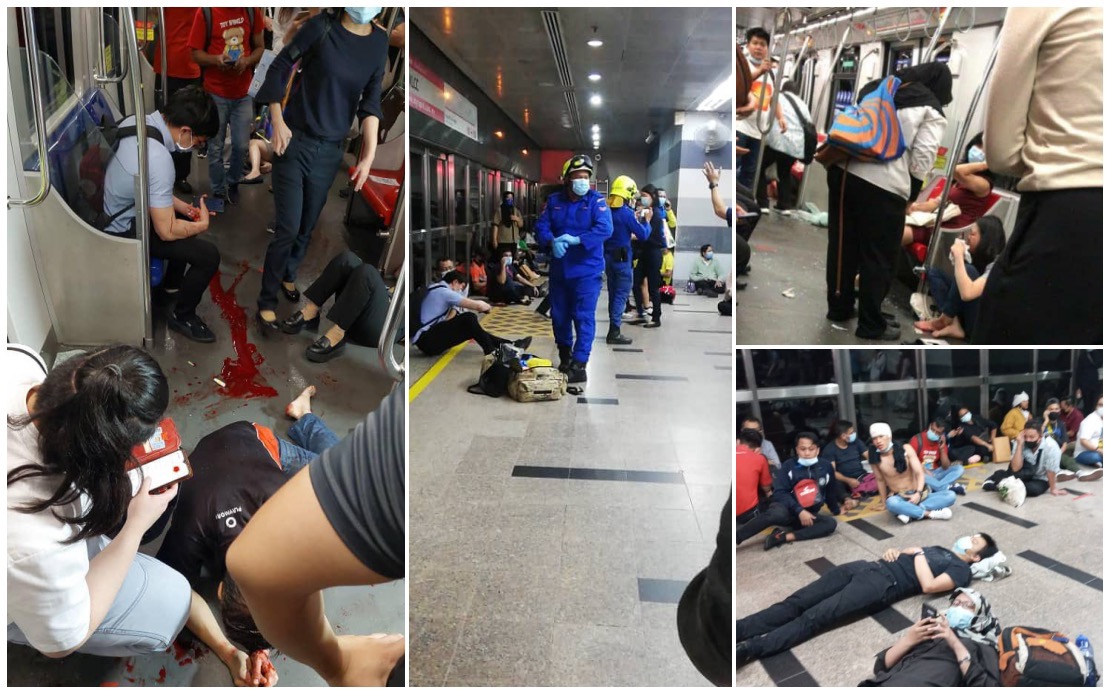 KUALA LUMPUR: Two trains collided in a tunnel here on the Kelana Jaya LRT line tonight, resulting in 213 passengers in one of the trains to be injured, 47 of them seriously.

The accident happened at 8.45 pm in the tunnel between the Kampung Baru and KLCC stations. The other train was said to have been test-driven following a fault and carried only a driver.

The 166 passengers who were slightly injured were sent to the Kuala Lumpur Hospital and several hospitals nearby.

The two trains were reportedly travelling at 40 km per hour and collided in the tunnel between the Kampung Baru and KLCC stations.

“We are still investigating. It is learnt that one train, heading from the Kampung Baru station to Gombak, was reportedly being test-driven following a fault to ensure it was on the right track.

“The train to Gombak that was being driven automatically was carrying 213 passengers while the train from the Kampung Baru Station to Gombak that was faulty, with the exception of its driver, was empty,” he told newsmen at the KLCC LRT station here tonight.

Mohamad Zainal said all the passengers were pulled out of the train at 9.50 pm and sent to Kuala Lumpur Hospital and several other nearby hospitals for treatment.

He said there was a possibility that a communication error at the LRT Control Centre led to the accident.

“So, we will investigate the extent of the breakdown (of the faulty train). If we are to look at what happened, this appears to be an accident,” he said.

The incident will be investigated under Section 201 of the Land Transport Act 2010 for endangering public safety.

He also said that so far, there were no elements of sabotage in the incident. – Bernama