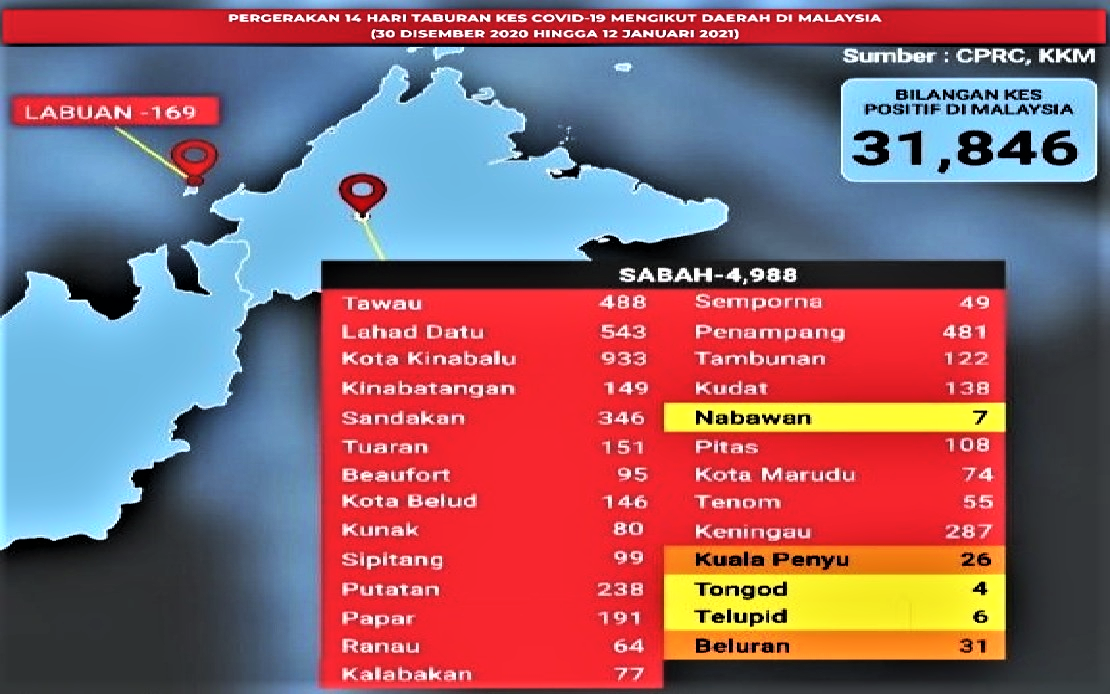 KOTA KINABALU: The Covid-19 situation in Sabah has become increasingly worrying as 22 of the state’s 27 districts are now in the red zones, says Sabah Housing and Local Government Minister, Datuk Masidi Manjun.

In a statement yesterday, he said besides the 22, two other districts, namely Beluran and Kuala Penyu, were categorised as orange zones and another three (Nabawan, Telupid and Tongod), as yellow zones.

Masidi, who is also the state government’s spokesman on Covid-19, said among five districts with high number of new cases yesterday, Kota Kinabalu recorded the highest with 63 cases, followed by Sandakan (60), Lahad Datu (41), Keningau (36) and Penampang (34).

He said in total, Sabah recorded 409 new positive cases yesterday, due to an increase of 35 cases from 374 on Monday.

He added that 255 or 62.3 per cent of the new cases were the result of close contact screening, screening of cases with symptoms (87 cases), cross-state screening (eight), screening of existing clusters (25) and other categories (34).

“Another 2,822 patients are receiving treatment, comprising 763 at hospitals and 2,059 at the low-risk Covid-19 treatment and quarantine centres (PKRC), while 68 patients are at the intensive care units, with 20 of them requiring respiratory support,” he said. – Bernama

Responsibilities of all MPs remain the same during emergency

Judiciary will continue to uphold law, justice throughout emergency

Phase two of Census 2020 to be rescheduled