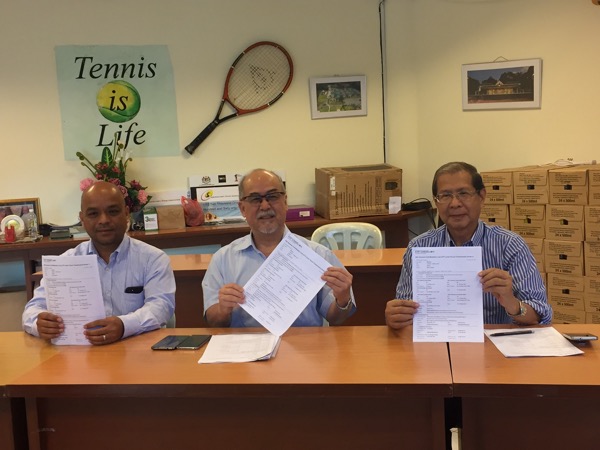 220 to battle for HONOURS

GE15: Big names among those defeated

KUCHING: Some 220 players from 39 countries have confirmed their participation for the 29th Sarawak Chief Minister’s Cup (I) ITF Junior Circuit (Grade 1) at Sarawak Lawn Tennis Association (SLTA) Centre in Jalan Crookshank here, from March 14 to 19.

Organising chairman Dato Patrick Liew is expecting many late withdrawals as players who have earlier registered may change their minds after rating their odds of winning.

“For the main draw, many top ranked players will look at the other participants to see whether they have chances of winning. Others may withdraw due to the high expenses or air ticket problem,” Liew, who is SLTA president, told reporters at SLTA Centre here, Wednesday.

Liew said there were 107 boys and 113 girls who have registered for the final competition hosted by SLTA for the year.

Japan is fielding the biggest team of 13 boys and 17 girls, followed by Malaysia with 21 players, India with 20 players, Russia with 15 players and Australia with 14 players.

“It would take RM80,000 to RM100,000 to organise this event as hospitality will be provided to players in the main draw.

“Elsewhere in Australia, it will cost between RM100,000 and RM150,000 to organise it,” explained Liew, adding there were five international events that will be held this year.