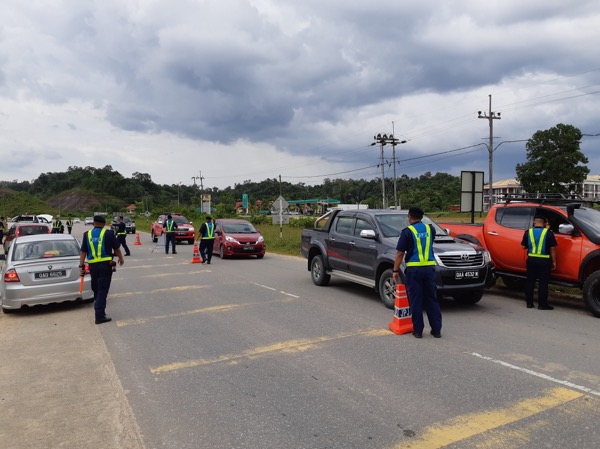 JPJ personnel flagging down vehicles at a road block during an operation in Betong, recently.

BETONG: A total of 238 traffic-related offences were recorded during an operation conducted from 8 to 19 Feb here in conjunction with the Chinese New Year celebration.

There were still many road users who rode their motorcycles without driving licence which accounted for the most number of offences recorded during the operation,’ said director of State Transport Department Director (JPJ), Mohd Syafiq Anas Abdullah.

“Many road users take the issue lightly but they must know that if in the event they are involved in an accident it will make life more difficult for them,” he pointed out
when met by reporters after monitoring the operation here yesterday.

Those who drive without driving licence can be compounded up to a maximum of RM300.

“Overall, during this year’s operation JPJ has taken action against 754 traffic-related offenders with 4,970 vehicles inspected.

“Nine vehicles were seized for various offences and 606 summonses issued. 87 road users were also picked up on suspicion of being positive for drugs,” he said.