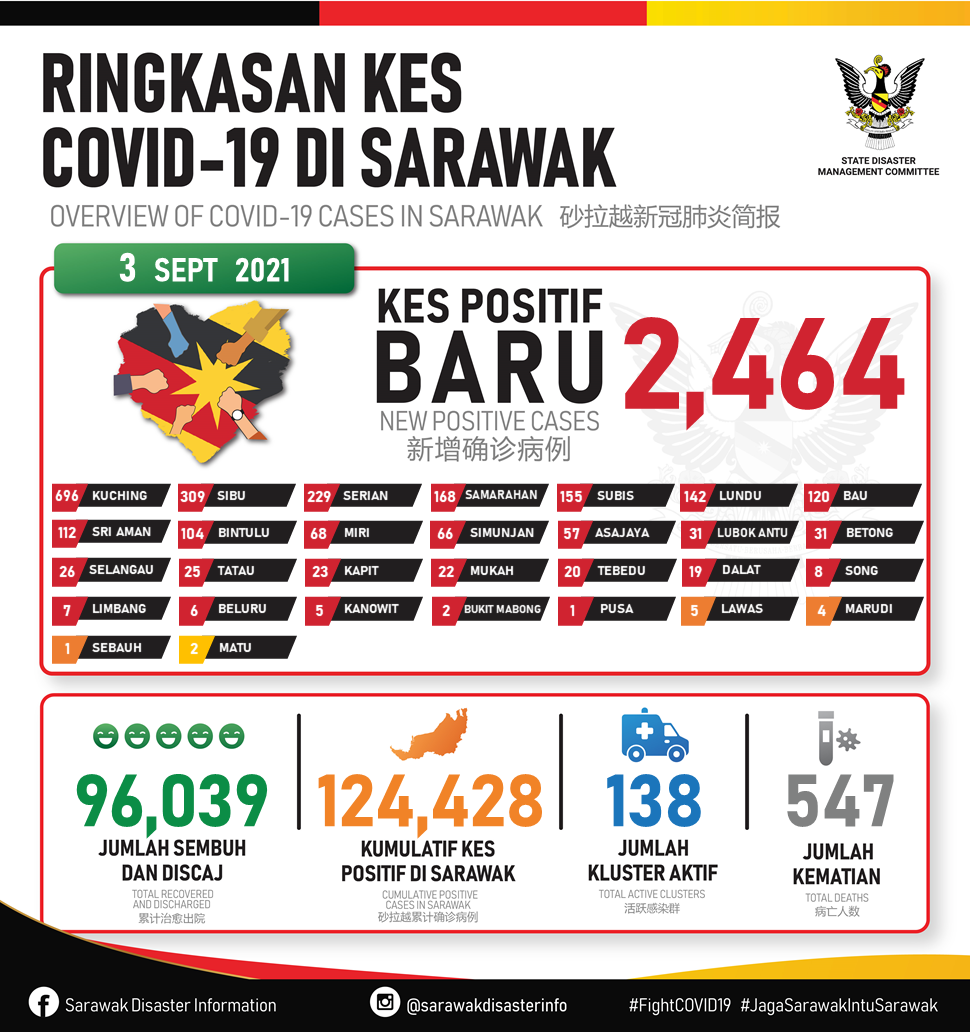 The Sarawak Disaster Management Committee (SDMC) said out of the Friday’s total, 2,452 (99.51 per cent) were Category 1 and Category 2 cases.

Category 3 had two cases, Category 4 had four while Category 5 had six.

From the total number of cases, 1,371 people had close contacts with Covid-19 cases, 230 were from active clusters and 302 were symptomatic individuals screened at health facilities.

SDMC added that 559 people were detected through various screening tests at health facilities, while two people were Import A cases coming in from Indonesia.

The cumulative number of recovered and discharged cases is 96,039 or 77.18 per cent. There are still 27,632 active cases under quarantine.