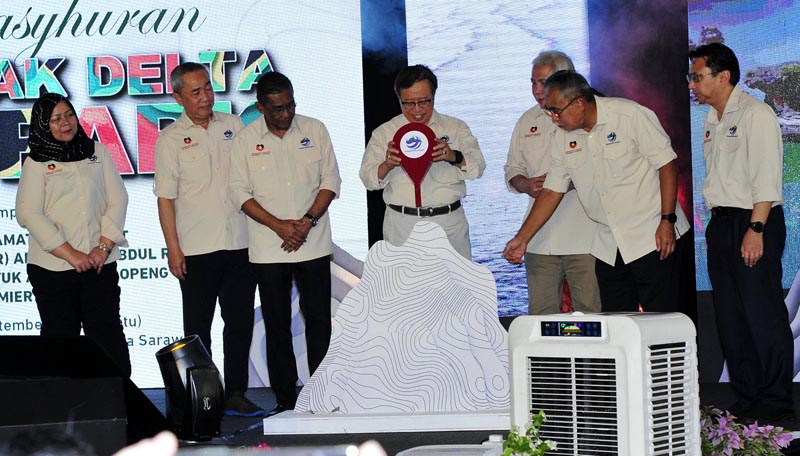 KUCHING: As many as 28 geosites in Sarawak have been identified which have local, national, and international values.

“All of these mentioned are under studies. In other words, this is part of conservation efforts,” he said.

He said this in a press conference after officiating at the proclamation ceremony of Sarawak Delta as a National Geopark at Dewan Lagenda, Sarawak Cultural Village (SCV) today.

Abang Johari also said that the recognition of Sarawak Delta as a National Geopark recently is an achievement of the state government in its effort to preserve the natural environment and sustainable management of areas that have a high geosite value.

“This includes maintaining environmental sustainability in the aspect of geology, biodiversity, and cultural aspects,” he pointed out.

He added the Sarawak Delta Geopark (SDGp) covers an area of 3,112 square kilometres, and is the largest National Geopark in the country after the Kinabalu Geopark located in Sabah.

“With that, the Sarawak government has already planned to upgrade the basic facilities such as roads in the SDGp area until Bau area under the 12th Malaysia Plan (12MP).