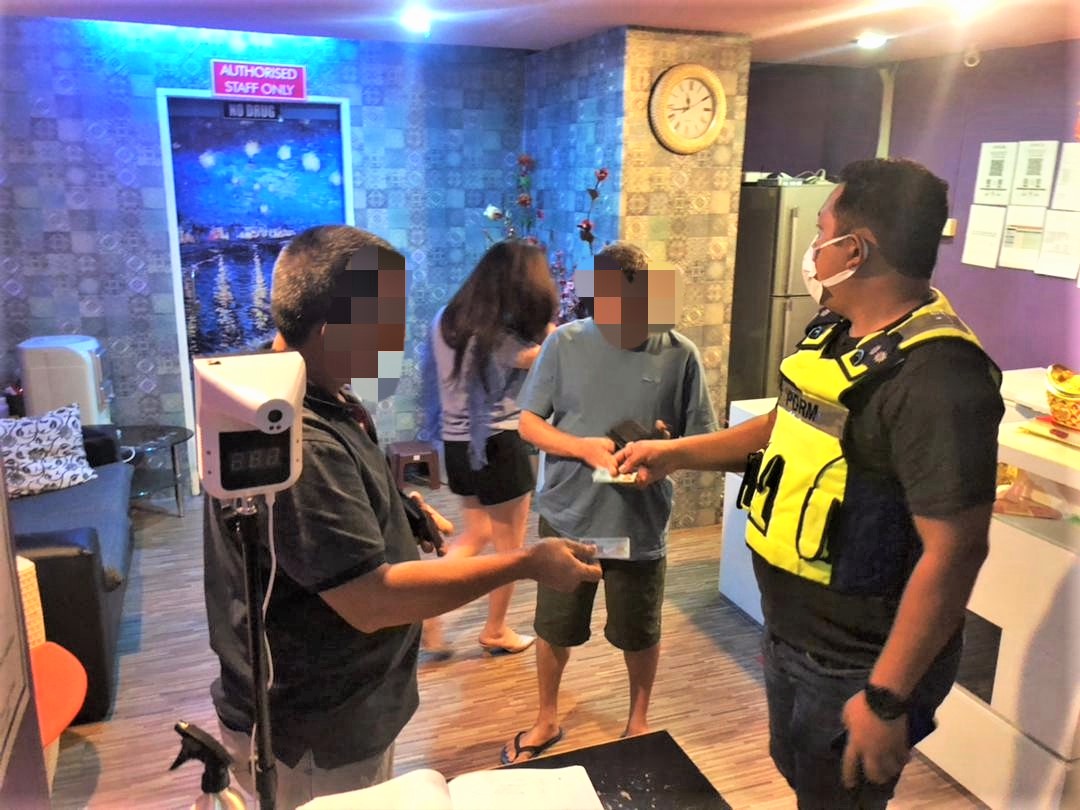 KUCHING: Three men were compounded and a foreign woman was arrested after a late-night karaoke session at a reflexology massage centre at Bandar Baru Batu Kawa on Sunday (Jan 17) night.

Padawan district police chief Supt Aidil Bolhassan said a raid, dubbed Ops Covid-19, was conducted by a team of personnel from the Padawan District Police Headquarters at the massage centre at 11.45pm.

He said the three men were compounded for violating the standard operating procedure (SOP) set after patronising the premises beyond the allowed operating hours in accordance with Rule 3, PPPPB (No 7) 2020.

He also said that the foreign woman, who is the caretaker of the premises, was detained under Section 6 (1) (c) of the Immigration Act 1959/63.

“The caretaker of the premises admitted that the karaoke room at the massage centre did not have a business license,” said Aidil.

He added that the case was also classified under Section 5 (1) of the Entertainment Ordinance 2000.