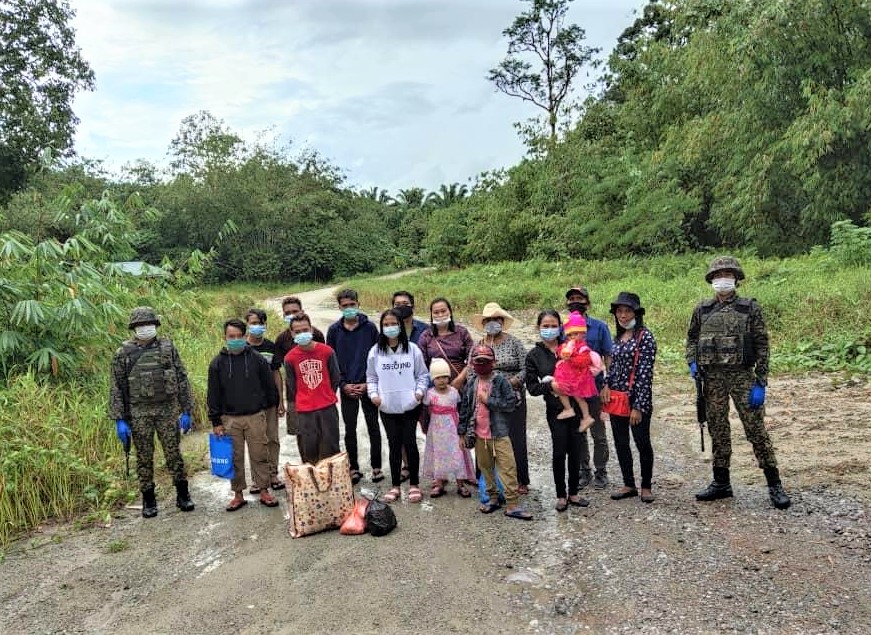 KUCHING: Three children were among a total of 34 illegal immigrants who were intercepted for trying to illegally cross the Sarawak-Kalimantan border.

The First Division Infantry in a statement said Ops Benteng carried out by the army recorded 12 cases of illegal immigrants who were ordered to turn back to their home country between Jan 1 to 7.

It said the Serikin sector recorded four cases, two cases in Lubok Antu and one case in Kandaie.

The four cases in Serikin involved 23 illegal immigrants who were intercepted while trying to cross over to Sarawak.

“The biggest case was on January 3 at around 5.20pm at the Serikin post roadblock involving 15 illegal immigrants comprising seven men, five women, one boy and two girls,” it said.

Meanwhile in Lubok Antu, a total of nine illegal immigrants and two others in Kandaie were deported.

“The various reasons and tactics used by them to sneak into Malaysia are probably due to desperation as a result of the Covid-19 pandemic across the border,” it said.

Meanwhile, the operations have also been successful in preventing attempts to smuggle food items into Indonesia.

“In the operations, we managed to avoid attempts to smuggle food items in Tebedu and Lubok Antu worth about RM4,190,” it said.