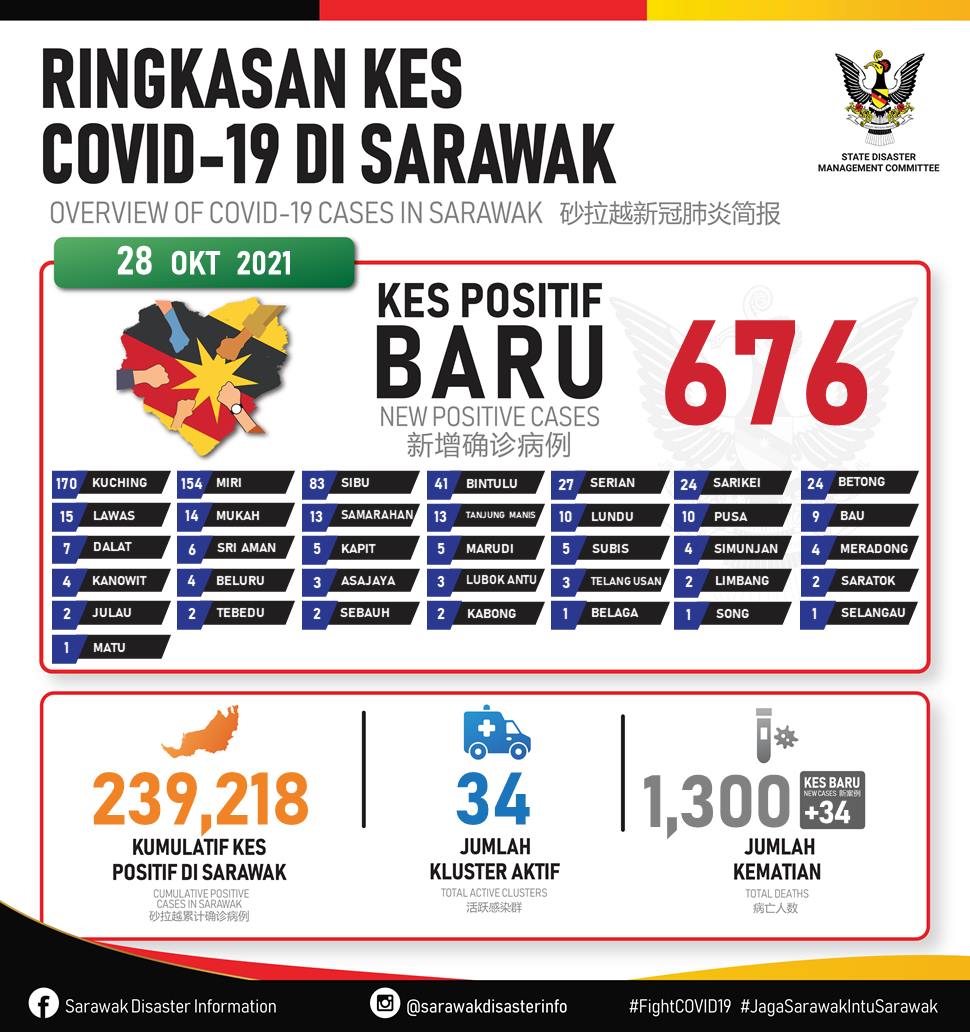 There were three cases reported in Asajaya, Lubok Antu and Telang Usan respectively; two cases each in Limbang, Saratok, Julau, Tebedu, Sebauh and Kabong; while Belaga, Song, Selangau and Matu reported one case each.

The committee disclosed there were 34 fatalities recorded between Oct 7 to 28 with victims aged 37 to 95 from Betong, Miri. Bintulu, Sibu, Sri Aman, Limbang, Kuching and Sarikei division.

The committee added that the Kampung Sikog Cluster in Kuching and Chama Ajai Cluster in Beluru have ended after no new cases were detected or reported involving the two clusters in the past 28 days.

On another note, the committee said that two longhouses in Sarikei district will undergo the enhanced movement control order (EMCO) from Oct 28 to Nov 3 while a longhouse in Kabong district from Oct 29 to Nov 8.

“The EMCO has been extended at Rumah Jambai, Kerapa in Betong district from Oct 29 to Nov 8. 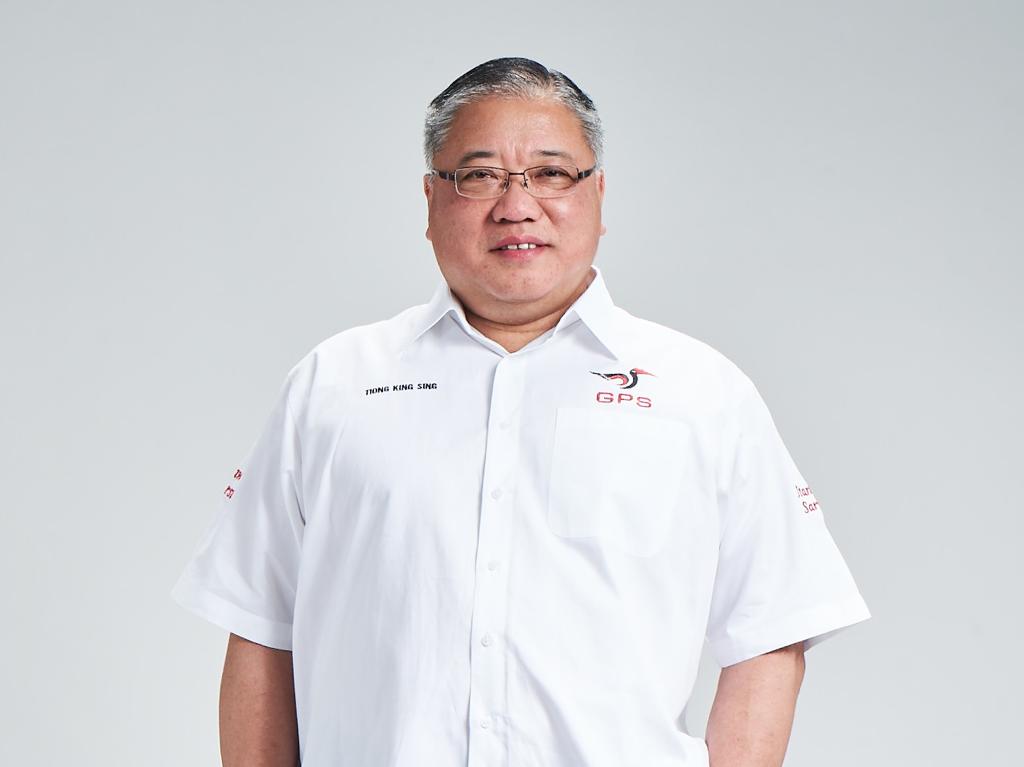 My work has been consistent