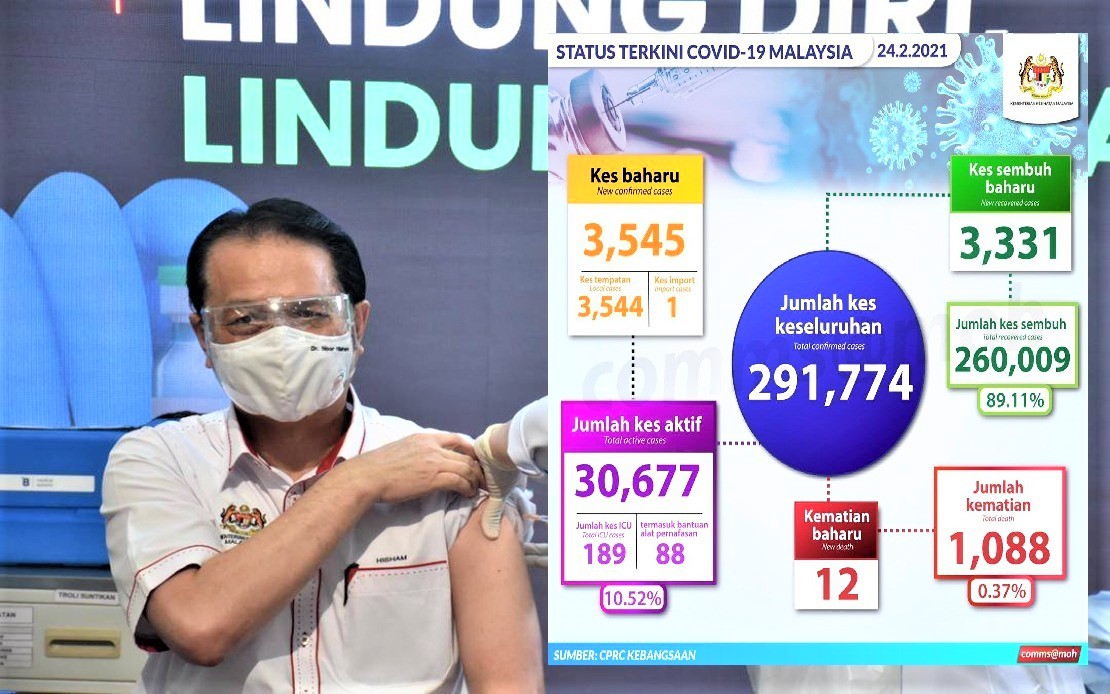 KUALA LUMPUR: A total of 3,545 new Covid-19 positive cases were reported today with Negeri Sembilan recording the highest with 1,392 cases.

Health director-general Tan Sri Dr Noor Hisham Abdullah said following the Bahau case, the cumulative number of Covid-19 cases in the country stands at 291,774 while 12 more deaths were reported in the last 24 hours.

He said a total of 3,544 of the total new cases were domestic infections involving 1,544 Malaysians and 2,000 foreigners while only one import case was reported involving a non-citizen.

There were 3,331 recoveries today while the total number of active cases is at 30,677, he said in a statement on the development of Covid-19.

He said of the 12 deaths reported today, 11 fatalities involved locals and one non-citizen between the ages of 52 to 98 with seven cases recorded in Kuala Lumpur, Selangor (two) and one case each in Sabah, Terengganu and Penang.

He added, as many as eight more new clusters were identified today, with seven of them related to the workplace while one cluster involved the community in Sinsingon, Sabah.

The additional new clusters today, bring the current number of active clusters to 509, while 594 clusters had closed after eight more clusters were reported to have ended today, he said. – Bernama