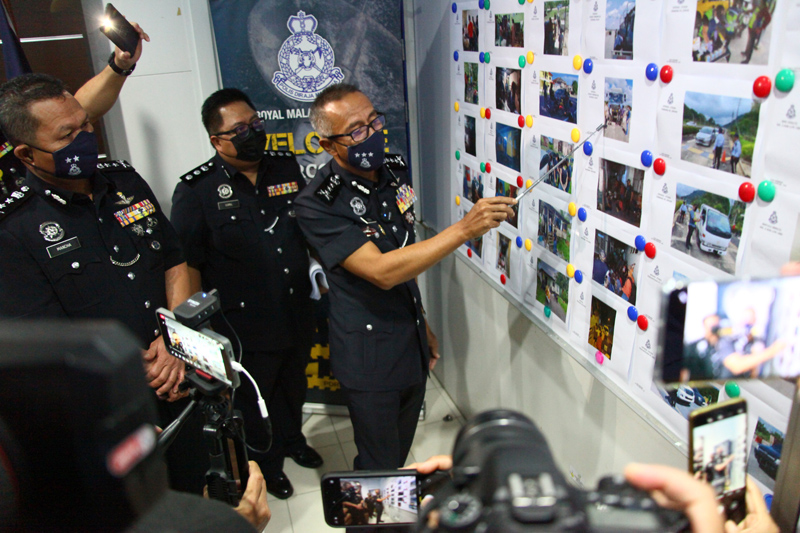 358 picked up in anti-narcotics raids

KUCHING: A three-day statewide narcotics operation codenamed 'Ops Tapis Khas' resulted in the arrests of 358 individuals and the seizure of drugs wor

KUCHING: A three-day statewide narcotics operation codenamed ‘Ops Tapis Khas’ resulted in the arrests of 358 individuals and the seizure of drugs worth over RM65,000.

The operation launched by Sarawak Narcotics Criminal Investigation Department (NCID), was conducted together with the National Anti-Drug Agency (NADA) and Road Transport Department (RTD) from July 27 to 29.

“The arrests were the result of 158 raids carried out across the state with the majority of them held near residential areas, forests and farms.

“Three of the raids were conducted at mounted roadblocks in Sibu, Serian and Saratok, which led to the arrests of 15 men who tested positive for drugs.

“Other than that, police also arrested four local tokans (drug dealers) aged between 27 and 47, who will be investigated under Section 3(1) of the Dangerous Drugs Act (Special Preventive Measures) 1985,” he told reporters today.

Mohd Azman said police identified eight hardcore addicts and actions would be taken against them under Section 39C of the Dangerous Drugs Act 1952.

The operation also led to the seizure of various drugs worth RM69,618.50.

During the operation, two cars in Sibu and Bintulu valued at RM120,000 were confiscated.

“A total of 309 investigation papers have been opened during the operation from July 27 to 29.

“Only 23 of them (seven per cent) have been prosecuted in court while the rest are still under investigation,” Mohd Azman said.

From Jan 1 to 31, the Sarawak arrested 5,491 individuals, seized various drugs worth RM9.08 million and confiscated properties worth RM1.91 million.