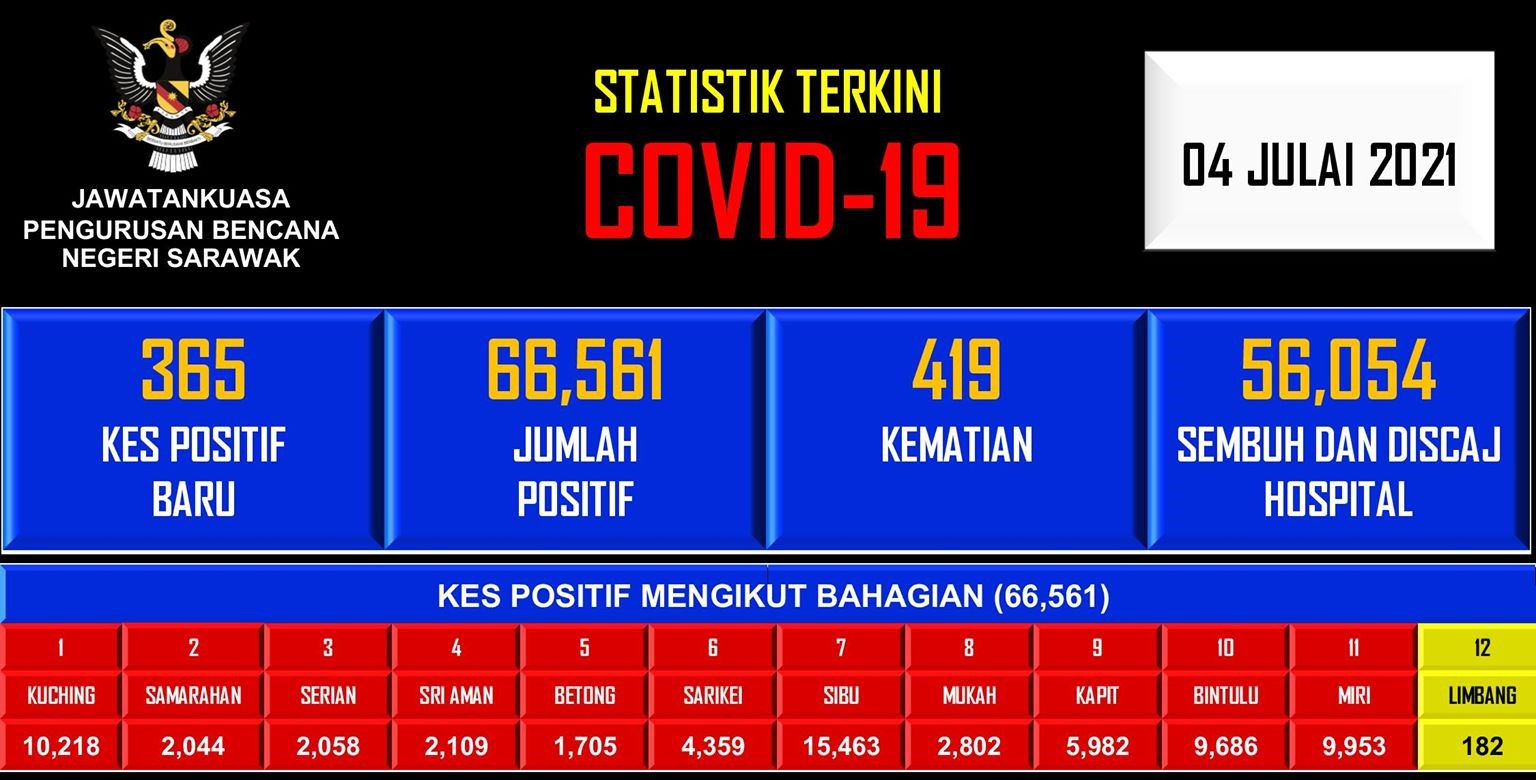 Sarawak Disaster Management Committee (SDMC) said 218 or 59.73 percent of the new cases were detected in the districts of Kuching, Sibu, Tatau, Saratok and Meradong.

The committee said of the total, 33 individuals showed signs and symptoms of Covid-19 infection during screening.

On another note, 345 new recovered and discharged cases from hospitals and low-risk treatment centres (PKRCs) were recorded state-wide.

Currently, there are 9,933 individuals undergoing treatment at PKRCs and hospital isolation wards throughout the state.

She tested positive for Covid-19 on July 1, and had high blood and dyslipidaemia.