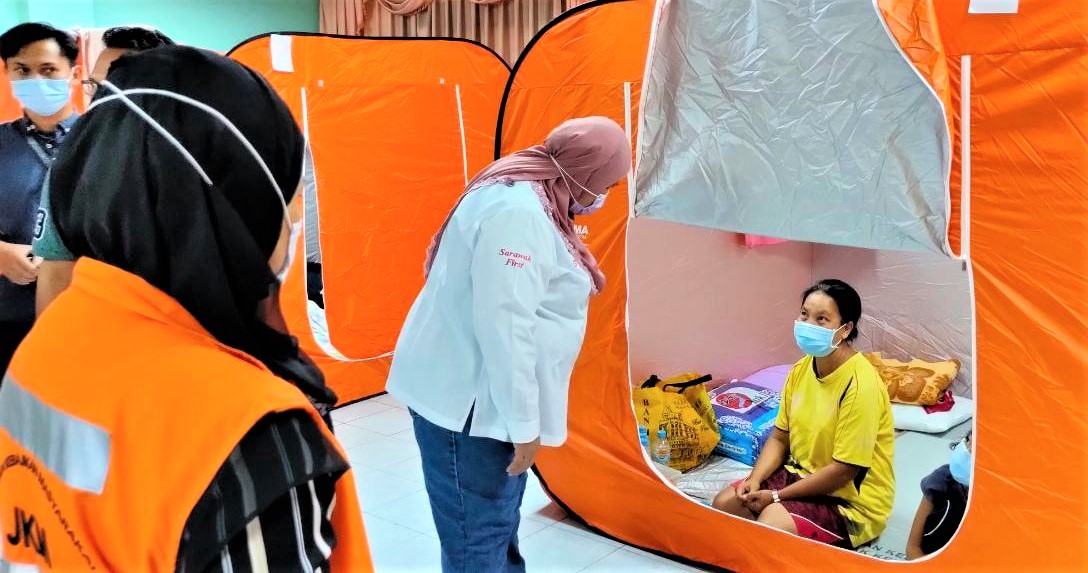 She said the victims, from about 120 families were relocated to PPS which are nearest to their residences.

“We can expect the number to increase following the poor weather condition and the king tide phenomenon in the next two days which will cause the water level to rise.

“On my part, I am always in close engagement with the agencies involved including the Samarahan and Serian Divisional Disaster Management Committees (DDMCs), Resident’s offices and district offices too.

“Along with other agencies such as the police, Civil Defence Force (APM), Bomba and Rela, these are to ensure the relief centres are equipped with basic facilities needed by the evacuees and workers thereabout.

“Besides that, we are practising the new norms in strict adherence with the standard operating procedures (SOPs) outlined by the authorities,” Rubiah said on Thursday (Jan 14).

Earlier on, the MP visited flood victims at a few PPS in the Kota Samarahan constituency.

During the visit, Rubiah also handed over assistance in terms of cash, food items as well as basic essentials to the flood victims.

Meanwhile, she told the constituents that she and her team would continue to provide assistance to those community members affected by the flood.

She hoped the floodwaters would subside and the situation to return to normal and at the same time asked the workers at PPS to practise the Covid-19 SOPs to prevent any transmission of the virus.