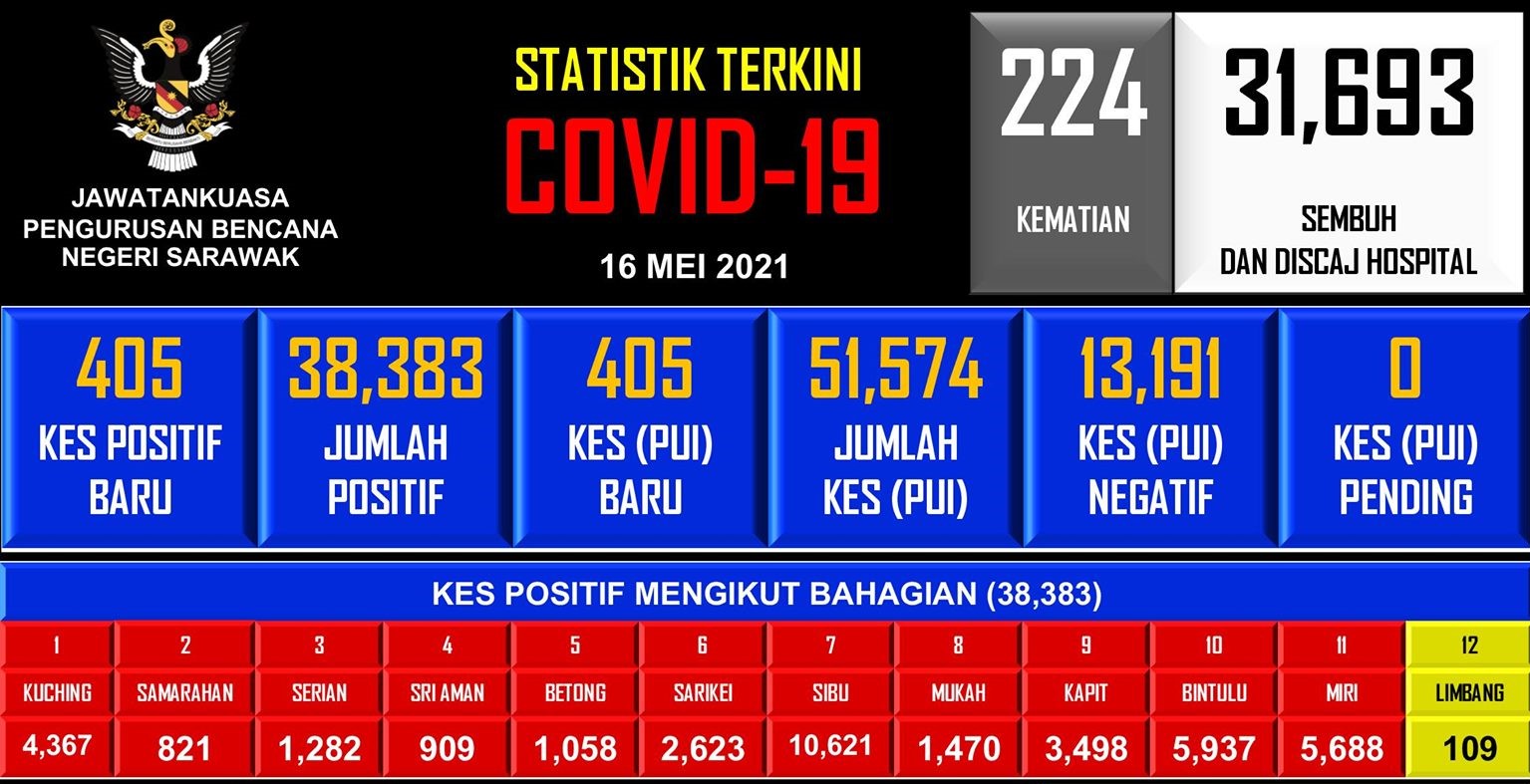 “With these, the total number of cases in the state is 38,383, while the death toll is 224 to date,” said the State Disaster Management Committee (SDMC).

SDMC added 438 new cases had recovered and were discharged today.

“That brings the total number of recoveries in the state to 31,693 to date.

“In terms of active cases, 6,382 were still receiving treatment at various hospitals and PKRCs statewide.