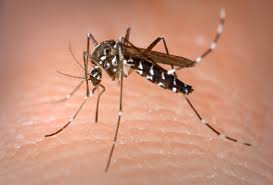 The figures were released by the MOH’s National Crisis Preparedness and Response Centre (CPRC) in the Current Situation of Dengue, Chikungunya and Zika in Malaysia For the Year 2019 and 2020 Report.

The report also stated that no dengue deaths were reported in the 22nd week (May 24-30) of 2020 with a cumulative figure of 82 deaths, compared to 81 deaths during the same period last year.

“During the 22nd week in the year 2020, a total of 1,625 dengue cases have been reported, which is a decrease of 8.8 percent compared to the previous week,” said the report, shared by Health director-general Datuk Dr Noor Hisham Abdullah on his Facebook today.

Until the 22nd week of this year, Selangor had the highest number of dengue cases with 26,943 cases, followed by the Federal Territory of Kuala Lumpur and Putrajaya at 4,617 and Johor, 4,111.

The CPRC report also stated that 48 Chikungunya cases were reported during the 22nd week, with a total of 596 cases recorded from Dec 29 last year until May 30.

According to the report, the Zika Surveillance done by the National Public Health Lab and Institute for Medical Research (IMR) from Dec 29, 2019 until May 30 screened blood and urine samples received from individuals with suspected symptoms but no positive cases of Zika were reported. – Bernama