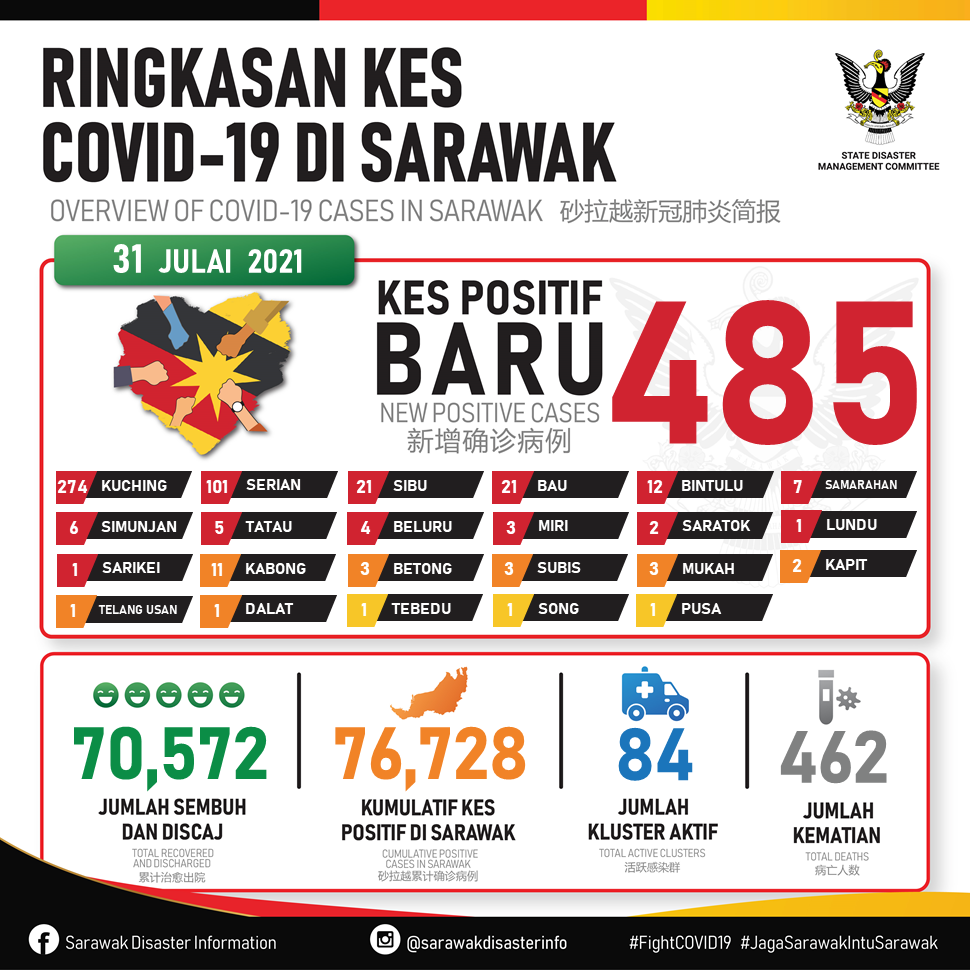 The Sarawak Disaster Management Committee (SDMC) in a statement today said this brought the state’s case tally to 76,728.

It stated that a total of 453 cases had been discharged from hospitals and Quarantine and Low-Risk Treatment Centres (PKRCs) today.

“This brings the number of cases which have recovered and been discharged in Sarawak to 70,572 or 91.98 percent of the total number of cases,” it said.

The committee said there were still 5,519 active cases remaining in the state.