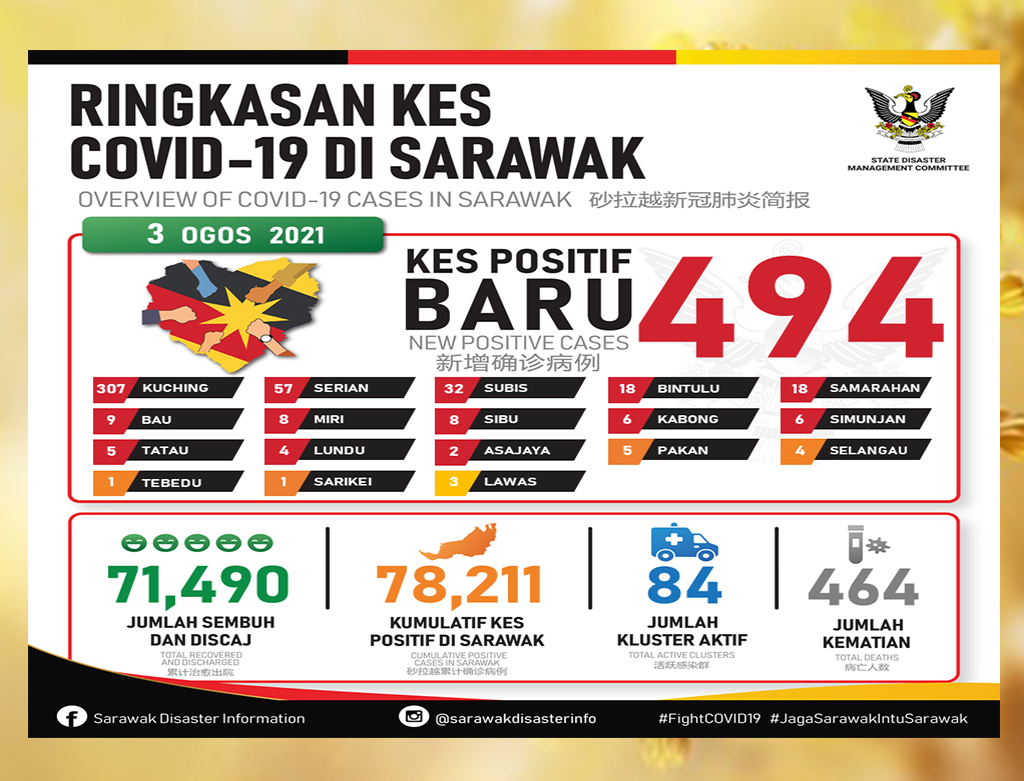 There were six cases reported in Kabong and Simunjan respectively; Pakan and Tatau five cases each; Lundu and Selangau four cases each; Lawas (three); Asajaya (two); Tebedu and Sarikei one case each.

The committee said 338 cases were individuals who had close contacts with positive cases while 78 cases were from active clusters.

There were two fatalities recorded in which the state’s 463rd death was a local 75-year-old male who passed away at Sarawak General Hospital (SGH).

He was confirmed Covid-19 positive on July 22; he had high blood pressure, diabetes and dyslipidaemia.

The 464th death was a local 70-year-old male who passed away at Bintulu Hospital, he was confirmed Covid-19 positive on July 8 and had high blood pressure.

On another note, the committee said 220 patients were discharged from hospitals and low-risk treatment centres (PKRCs), bringing the number of active cases to 6,078.

The number of recovered and discharged cases is now at 71,490 or 91.41 percent of the total number of cases in the state. 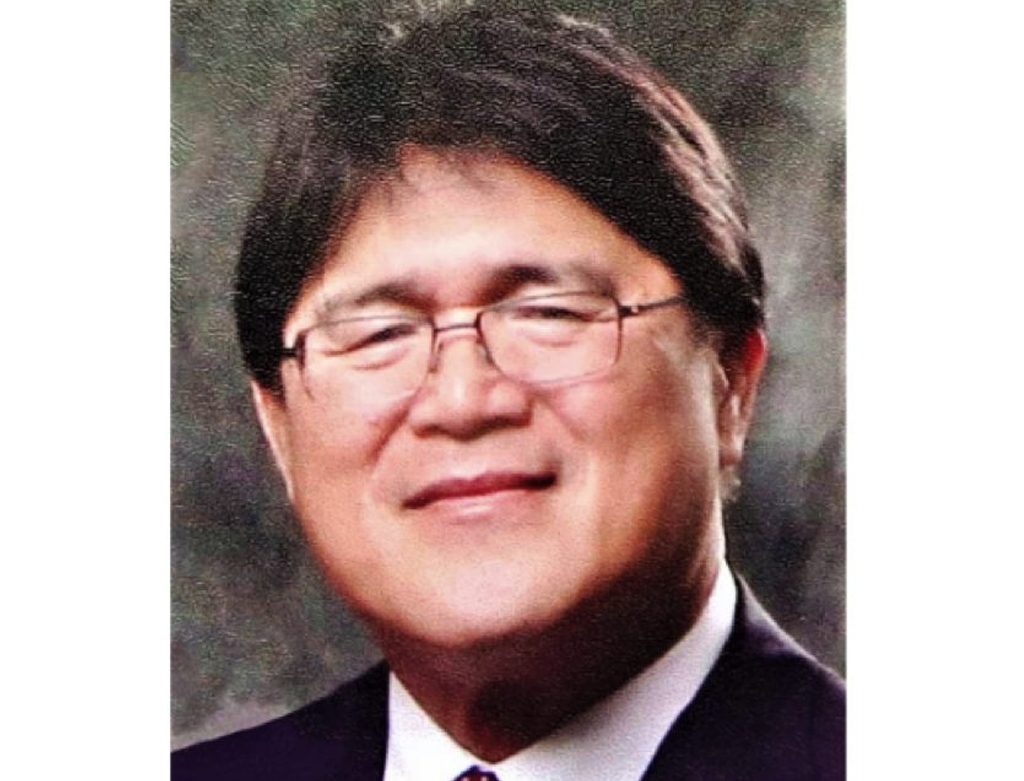 Burglary cases down but vigilance urged