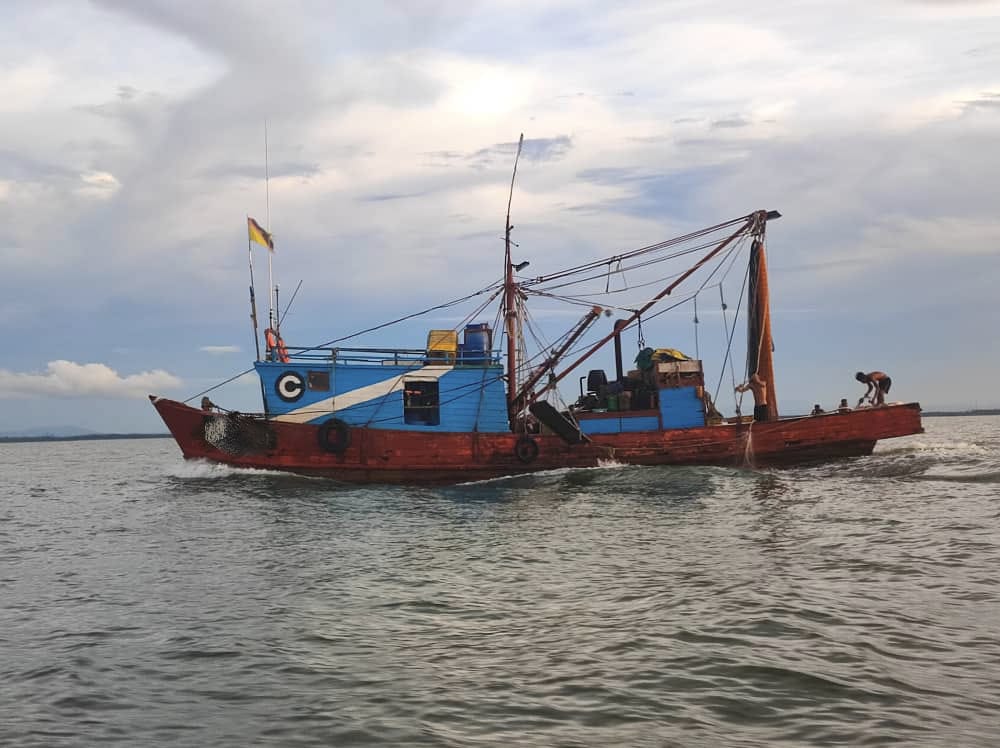 The arrest occurred 5.34 nautical miles off Kuala Tatau at around 5 o’clock, according to Captain Mohd Khairol Anuar Saad, director of MMEA Bintulu Zone.

According to him, this is the fourth arrest in September involving local fishing boats that have been caught fishing within the limits of the law.

“This was in response to asset patrols and members who are keeping an eye on the coastal regions around Bintulu’s waterways.

“The boat was staffed by three local crew members, including the skipper, who ranged in age from 26 to 51, according to inspection.

“All of them were escorted to the Bintulu Maritime Zone Vessel Detention Centre to be handed over to the investigating officer for further action, together with the fishing vessel, fishing gear, and 200kg of freshly caught fish,” he said.

According to Mohd Khairul, the case would be looked into under Section 8(b) of the Fisheries Act 1985 for violating the legal terms of the licence, namely fishing closer to shore than allowed, which could lead to a penalty from the Malaysian Fisheries Department.

The agency takes infractions involving local fishing boats trespassing in coastal regions seriously since they may harm the ecosystem of the coast and reduce the livelihood of small fishermen.

As a result, the marine industry is reminded to always abide by all rules and laws before engaging in any nautical operation.