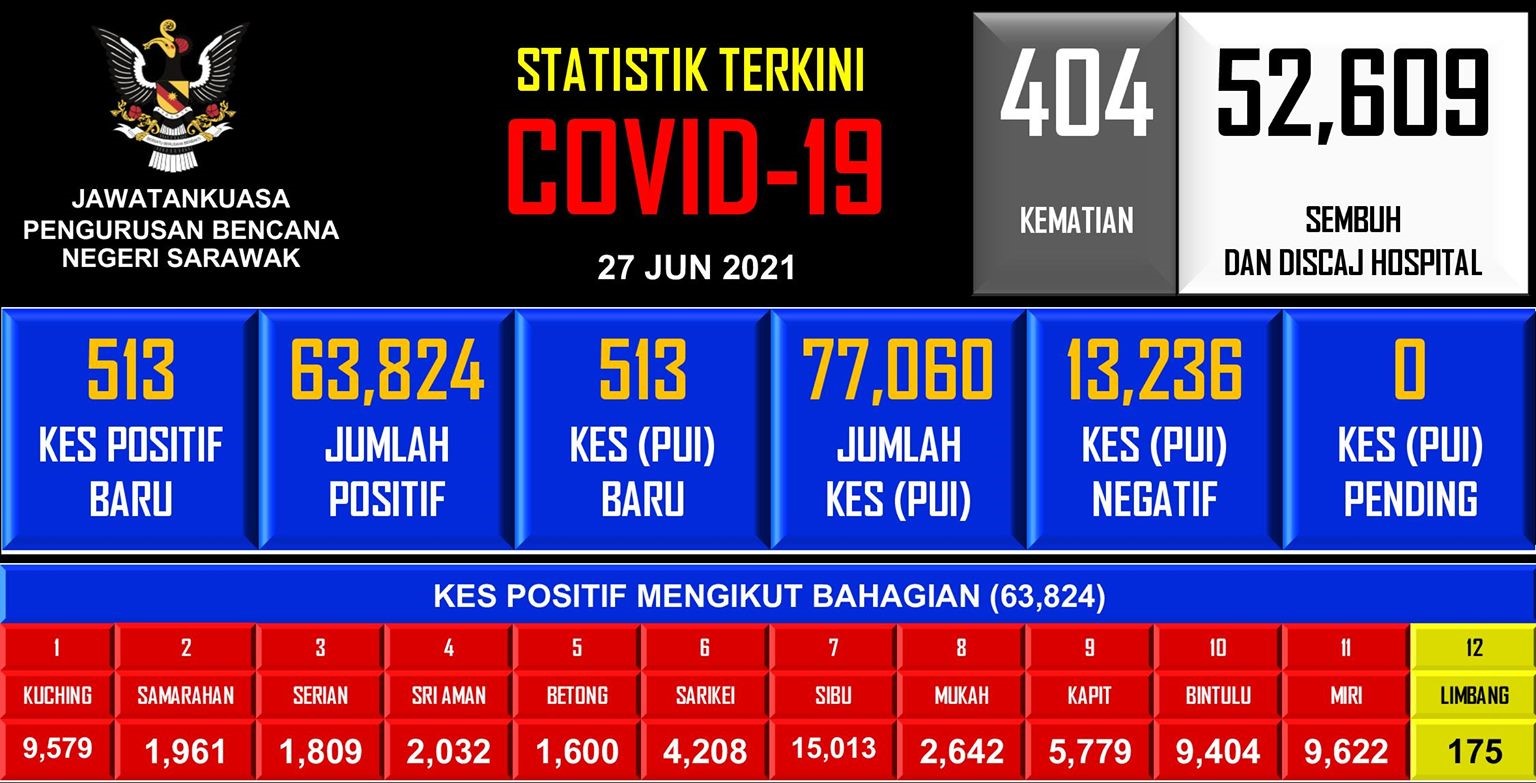 The State Disaster Management Committee (SDMC) said the cumulative total number of cases now stood at 63,824 with a death toll of 404.

It said 333 or 64.91 percent of the new cases were detected in five districts, namely Sibu, Telang Usan, Bintulu, Kuching and Bau.

“Meanwhile, 41 cases were registered in Sri Aman; 24 in Miri; 22 in Sarikei; 11 each in Song and Asajaya; nine in Samarahan; eight each in Tatau, Selangau and Pakan; seven in Meradong; five in Serian; four each in Subis and Kapit; three in Julau; two each in Bukit Mabong, Mukah, Lawas, Pusa and Betong and one each in Tebedu, Kanowit, Kabong, Sebauh and Simunjan,” the committee added in its daily statement on Sunday.

Of the new cases reported, the SDMC said 53 people had   experienced symptoms of Covid-19 infection during screening.

“A total of 450 cases detected are individuals who have been given quarantine orders,” it added.

The committee said all three death cases were local individuals with comorbidities receiving treatments at hospitals throughout the state.

“The first death is of a 62-year-old man from Beluru who tested positive for Covid-19 on June 11. He received treatment and was pronounced dead at the Miri Hospital.

“The victim had a history of high blood pressure, diabetes and gout,” it added.

The SDMC said the second death was that of a 54-year-old woman from Subis who tested positive on June 16.

“The case was receiving treatment at the Miri Hospital before her health deteriorated and she died.

“She had a history of high blood pressure and diabetes,” it explained.

The third death was that of a 73-year-old man from Tatau.

“He tested positive on June 16 and was treated at the Bintulu Hospital where he died.

“He also had a history of high blood pressure, dyslipidaemia and chronic lung disease (COPD),” said the SDMC.