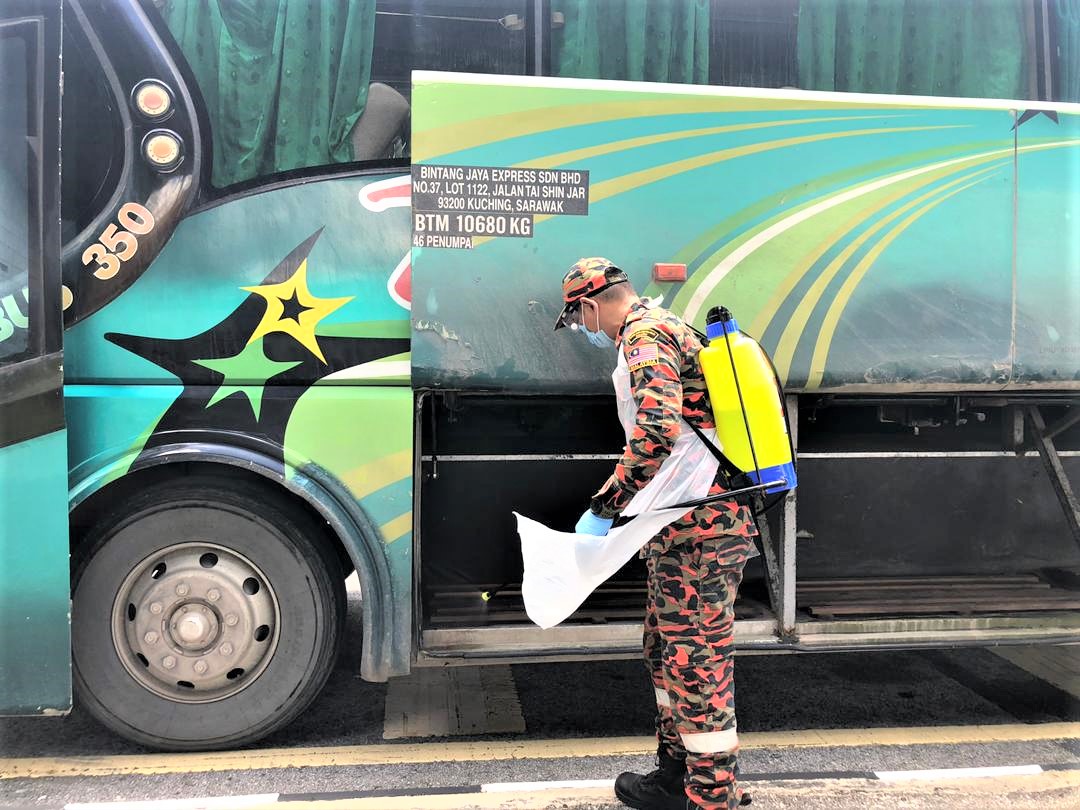 KUCHING: The sanitisation exercise throughout Sarawak has been carried out at 521 premises since March 30.

The total number of personnel involved in the operations from March 30 stands at 7,336.

As of 3.30pm yesterday here, Medicare Kidney Charity Dialysis Centre, 76 rooms in Pullman Hotel and 33 buses were sanitised by 25 personnel.

Meanwhile in Miri, the Miri Land and Survey office at Wisma Pelita was sanitised by 15 personnel.