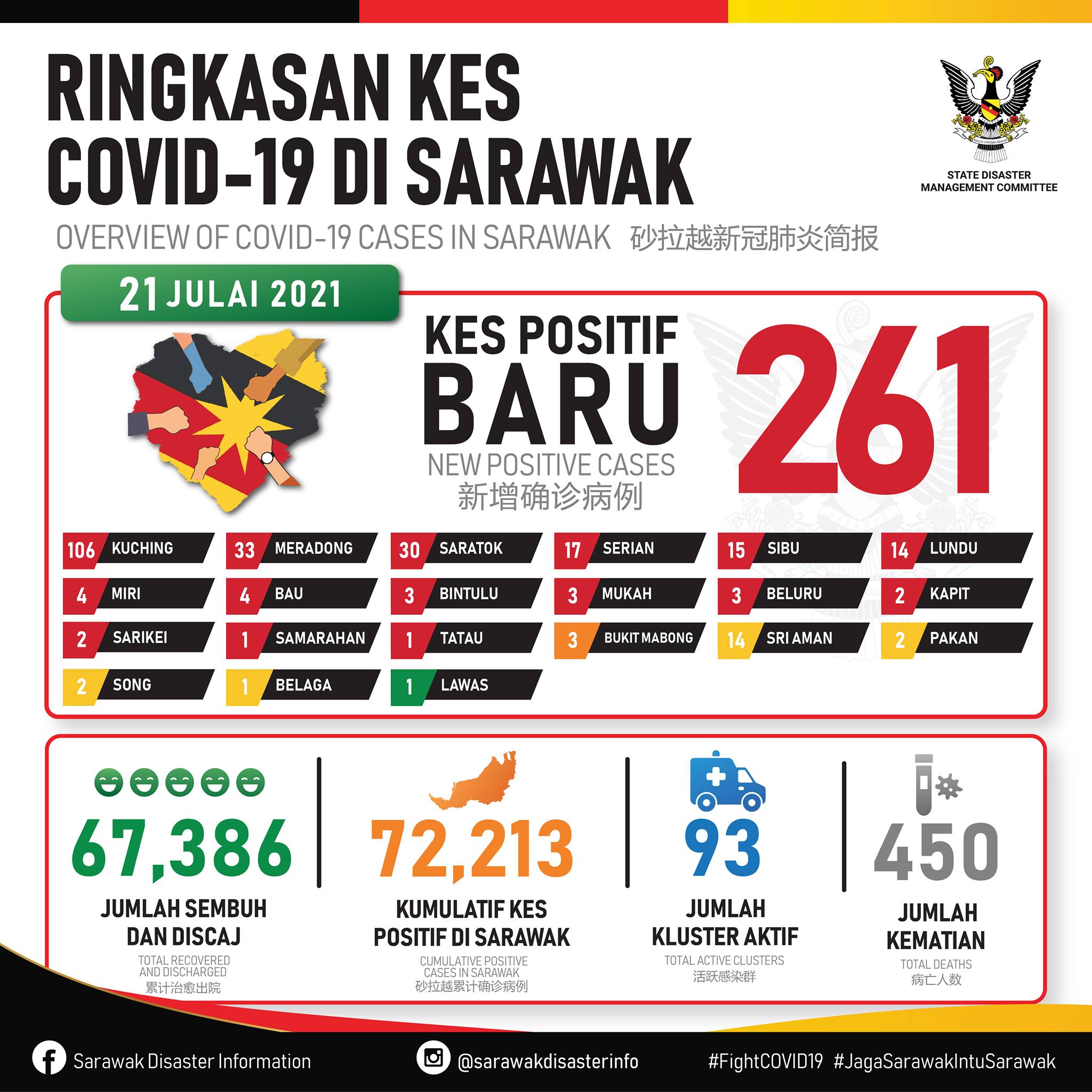 KUCHING: A 58-year-old man succumbed to Covid-19 on Wednesday (July 21), one day after testing positive.

The Sarawak Disaster Management Committee (SDMC) said the victim, identified as death case 450, was from Serian and had high blood pressure, diabetes and heart disease.

SDMC added that the man passed away at Sarawak General Hospital here.

Sarawak recorded a slight drop of positive cases — 261 on Wednesday — bringing the cumulative cases to 72,213.

Miri and Bau recorded four cases each, whereas three cases were recorded each in Bintulu, Mukah, Beluru and Bukit Mabong.

Two cases each were recorded in Kapit, Pakan, Sarikei and Song. There was one case each in Samarahan, Belaga, Lawas and Tatau.

Two Import B cases were recorded (screening of individuals coming in or coming home from other states) with one from Sabah and one from Johor.

Meanwhile, SDMC said 436 cases had recovered and were discharged from the respective hospitals and quarantine and low-risk treatment centres (PKRC).

The cumulative number of recovered and discharged patients now stands at 67,386 (93.32 per cent of total cases).

There are still 4,210 active cases undergoing treatment at hospitals and PKRCs throughout the state.

Sibu residents urged to remain vigilant over the Delta variant