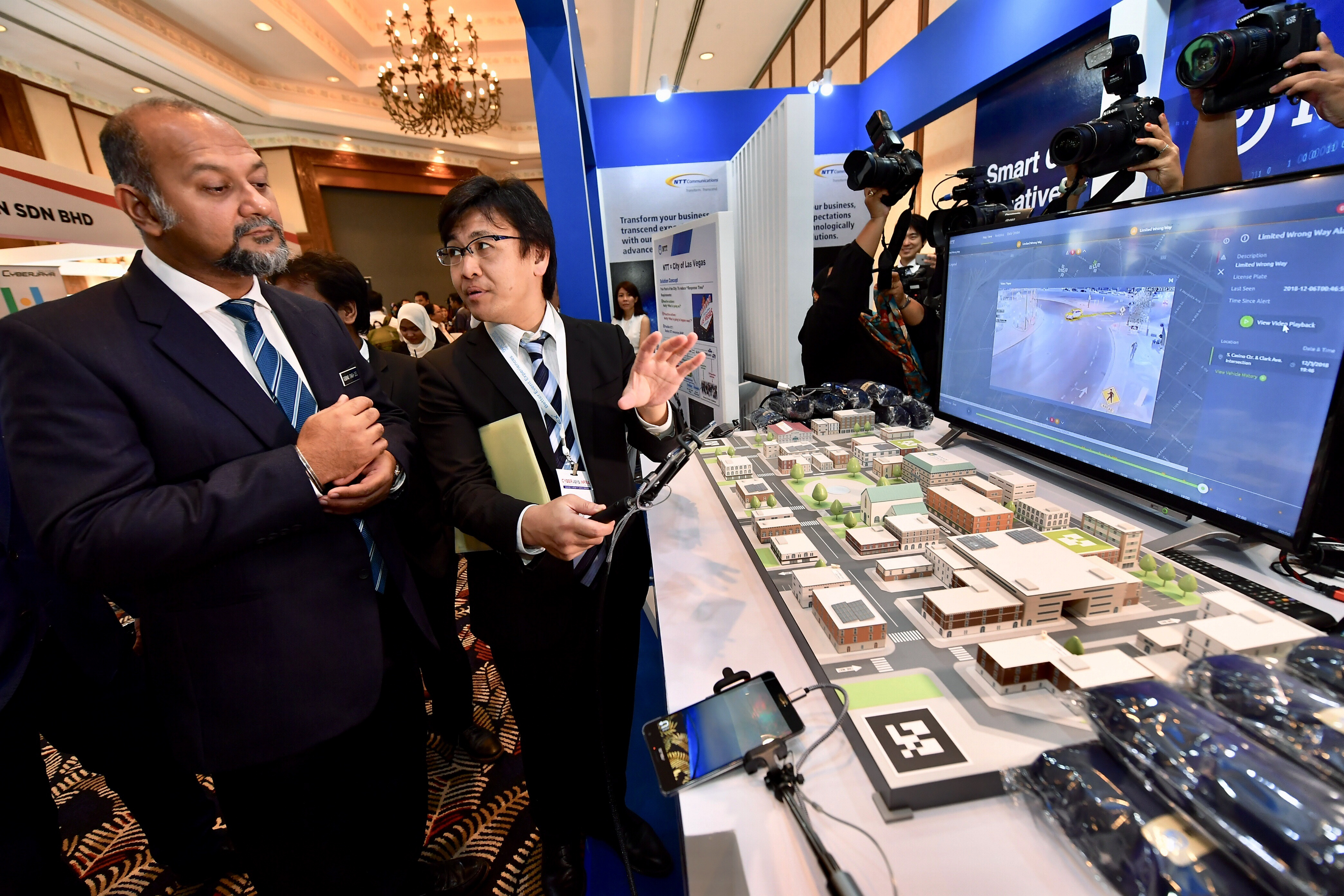 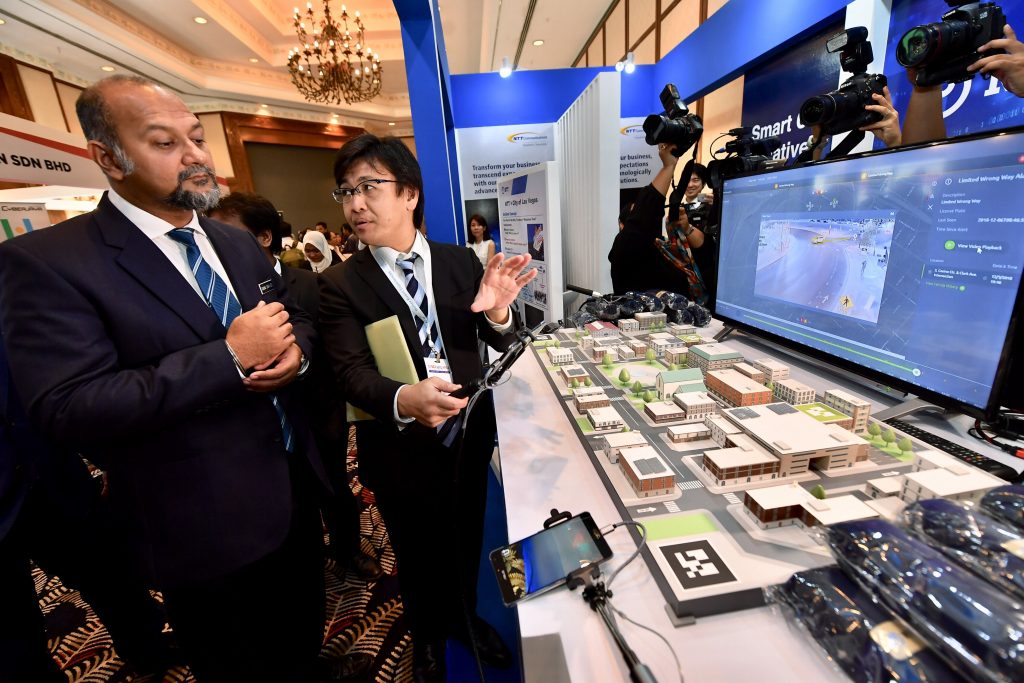 Gobind being briefed by Shogo Nakamura from NTT about the Smart City initiatives when visiting the exhibition immediately after launching the Cyberjaya Infra Conference and Exhibition 2019 in Cyberjaya today. Photo: Bernama

During the period, he said, companies providing telecommunications services and industry players would carry out their respective 5G technology tests assisted by the Malaysian Communications and Multimedia Services (MCMC).

“Malaysia will certainly become the focus of the world to see how we create two areas activated via 5G technology.

“This initiative or test is most important for us to determine the subsequent measures in aspects of 5G technology usage in future,” he told reporters after officiating the Cyberjaya Infra Conference and Exhibition, here today.

The 5G or fifth generation mobile network is a new technology that will replace the 4G technology, which was first introduced in 2009, which is 100 times faster than the 4G.

Gobind said although no specific period was fixed for the implementation of the test, it was however hoped that within six months, a new indicator could be achieved through the test.

With regard to the fear that the 5G infrastructure could open up space for information leakages and spying, Gobind said the security aspect was the government’s priority in making all decisions including the aspect of new technology infrastructure development.

He said the government could not ignore the fact that the world was moving towards 5G technology which was recommended as offering more options in the services provided.

“Security concerns are at the top most of our consideration and this is the reason why MCMC is in the process of doing the study on 5G infrastructure,” he said referring to the study that was being carried out by MCMC on the issue of the 5G infrastructure development by Huawei, the giant telecommunication company from China.

The detailed study by MCMC through collaboration with the National Agency for Cyber Security (NACSA) would take into consideration various aspects including looking at foreign countries’ assessment to ensure that the 5G network would become a safe system before it could be implemented. – Bernama