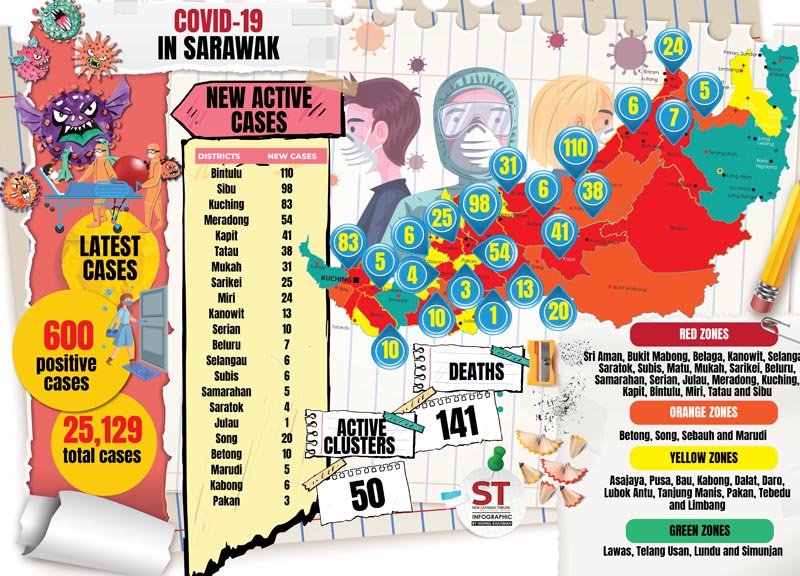 “A total of 425 cases were persons who had close contact with Covid-19 cases while 116 were individuals screened in active clusters.

He mentioned that one fatality was a 74-year-old local man who was admitted to Sarikei Hospital for having fever for a few days.

“The man was given assistance because he had breathing difficulties. An rt-PCR (reverse transcription-polymerase chain reaction) test was conducted and he was confirmed Covid-19 positive on April 14.

“The man who passed away on April 19 had blood pressure, dyslipidemia, anemia, and was in the last stage of kidney disease,” he said.

On the number of new cases that have recovered and were discharged, he said that there were 521.

“These bring the number of recovered and discharged cases thus far to 19,227 or 76.51 percent of the total number of cases in Sarawak,” he said.

He added that 5,695 cases are still being isolated and treated at PKRCs and hospital wards.

“A total of 596 persons-under-investigation (PUI) have been reported and five of them are awaiting laboratory results,” he said.