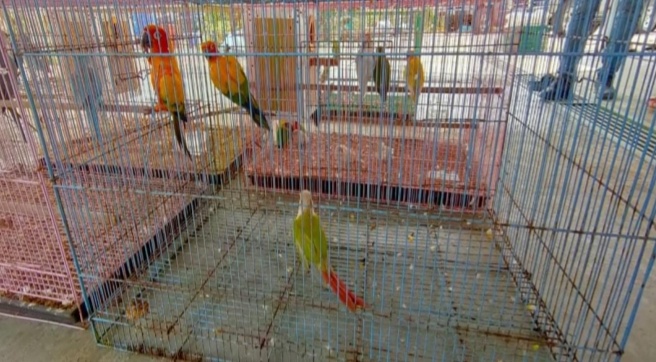 Acting on information from the public, the team inspected a house in Bau around 10.30 am during the ‘Op Bersepadu Khazanah’.

They found 63 various protected bird species worth RM68,600, caged up and identified according to the grades in the house.

A 45-year-old man believed to be the owner of the birds, was detained when he failed to produce any permits or documents for owning the birds.

In another operation in Sibu on the same day, six GOF Battalion 10 personnel and four SFC Sibu branch officers inspected a premises around 11am.

They found two protected wildlife species, a porcupine and a monkey worth RM1,200, both caged up.

The 48-year-old owner was detained when he failed to produce any permits or documents for owning the protected wildlife species.

All the wildlife species were handed over to SFC Kuching Branch for further investigation and action under Section 29 Sarawak Wildlife Protection Ordinance 1998.