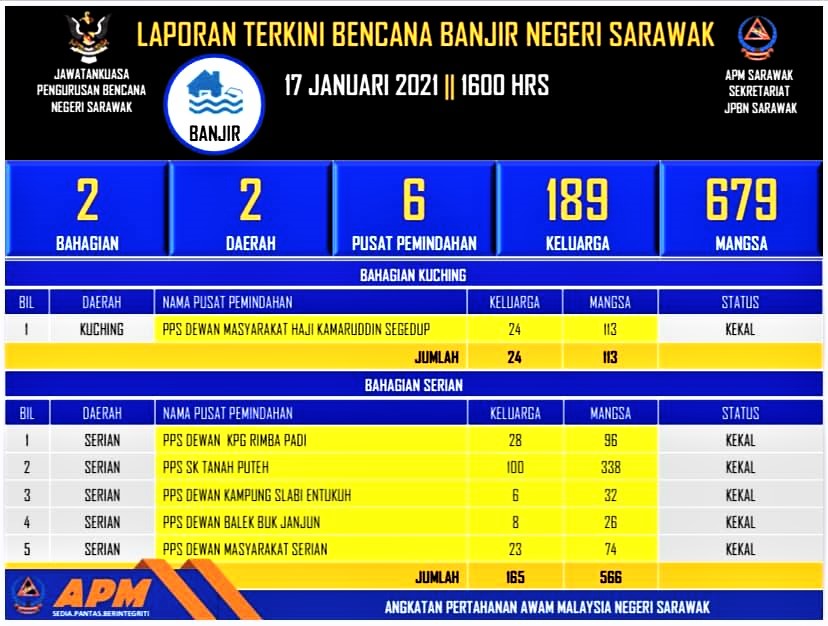 KUCHING: A total of 679 flood victims have been moved to evacuation centres (PPS) as of Sunday.

A report by the Sarawak Disaster Management Committee (SDMC) and Sarawak Civil Defense Force (APM) released Sunday at 4pm said the centres are located in Kuching and Serian divisions.

In the previous report released at 12 noon, there were a total of 1,208 victims with one active centre in Kuching, ten in Serian and one in Miri.

The decrease in numbers of evacuation centres and flood victims indicated that the flood situation has subsided.

However, the Malaysian Meteorological Department (MetMalaysia) has issued a ‘yellow’ weather warning of possible heavy rain in Miri (Subis, Beluru, Miri and Marudi) as well as Limbang until Monday.