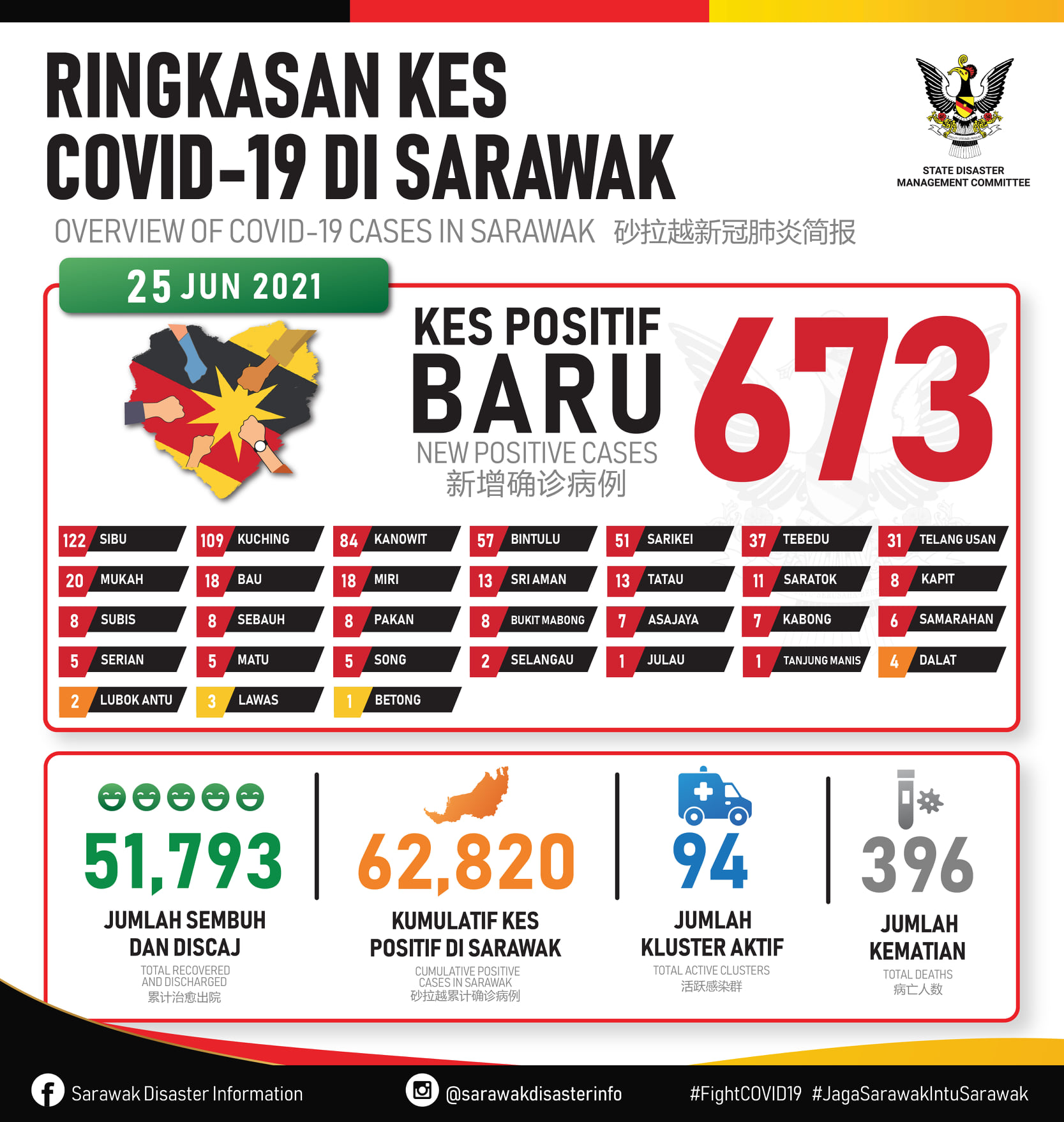 KUCHING: Sarawak recorded 673 Covid-19 positive cases today (June 25), bringing the state’s tally to 62,820. The figure was an increase of 92 cases over that recorded the previous day.

Samarahan had six positive cases and there were five cases recorded in Serian, Matu, and Song respectively.

Dalat recorded four cases; Lawas (three); two each in Selangau and Lubok Antu; and one case each in Julau, Betong, and Tanjong Manis districts.

A total of seventy-six out of the 673 cases are individuals who were symptomatic during the Covid-19 screening.

Meanwhile, there were 565 new recoveries and discharge from hospitals statewide on Friday.

These bring the number of recovered and discharged cases thus far to 51,793 or 82.45 percent of the total number of cases in Sarawak.

There are 10,486 individuals still undergoing treatment at PKRC and hospital isolation wards in the state.