KUCHING: A total of 72 teams will battle for the late Junaidi Ibrahim @ Pak Nai Cup at Sarawak Sepak Takraw Association (PSS) hall, here, from April 19 to 21.

MyPHAM chairman Zainal Abidin Ahmad (pic) said the number of regu entries showed the players here are eager to have competitions, especially in the novice category.

“The response is beyond our expectations. The large number shows that the players are really looking for competitions in the absence of state players,” he said According to him, a total of RM2,300 cash prizes are up for grabs. The champions will receive RM1,000, runners up RM700 and joint third winners will each take home RM300 inclusive of trophies and medals. 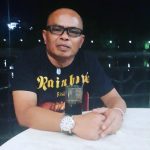 There will also be awards for best ‘tekong’, ‘apit kanan’ and ‘apit kiri’.

A lot of lucky draw prizes will also be available for the fans during the tournament.

Zainal said the tournament is only open for the novice category, except state players who have competed in national competitions.

“Nevertheless, the state Sukma players are allowed to compete to gain exposure,” he said.