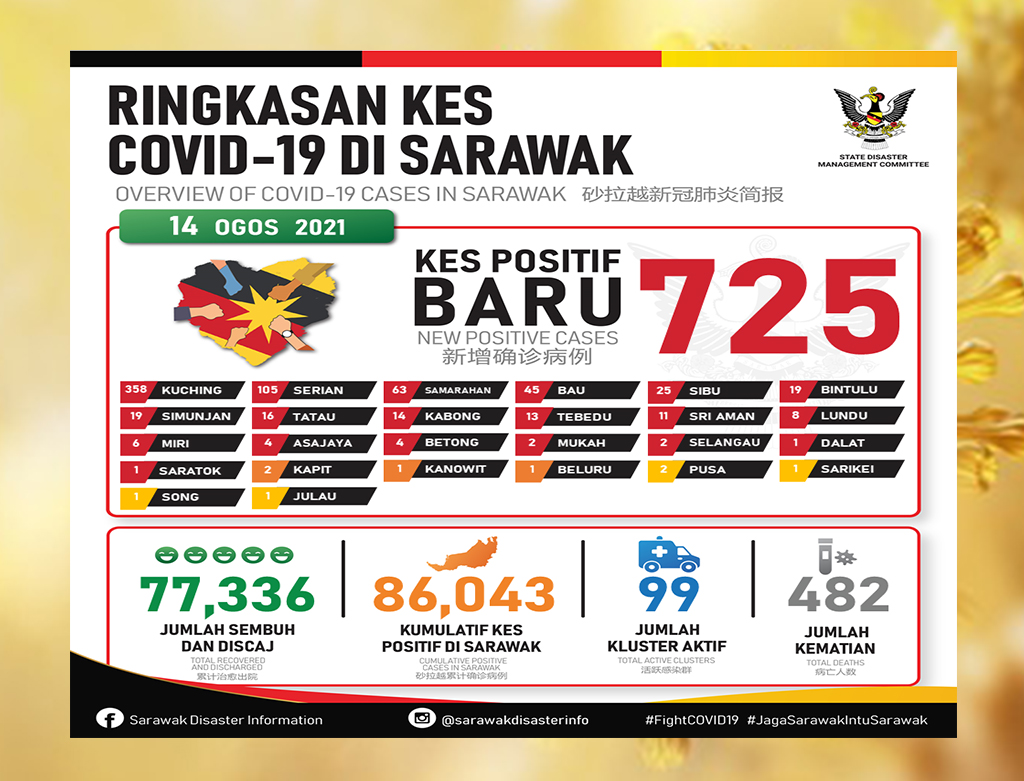 There were three fatalities.

The Sarawak Disaster Management Committee (SDMC) said the cumulative total number of cases now stood at 86,043 while the death toll went up to 482.

There were eight cases recorded in Lundu; six in Miri while Asajaya and Betong had four each.

Meanwhile, the committee said there were 746 patients who had been discharged from hospitals and low risk quarantine and treatment centres (PKRC) statewide, bringing the number of active cases to 8,043.

Hence, the number of recovered and discharged cases now stands at 77,336 or 89.88 percent of the total number of cases in the state.

On another note, the committee added that the three fatalities involved those who had comorbidities.

The 480th death involved a 49-year-old local man from Samarahan district who was admitted to SGH. He was tested positive on Aug 8 and had a history of high blood pressure, diabetes, dyslipidaemia, and chronic kidney disease stage 5.

The second death recorded on Saturday was a 86-year-old local female from Meradong district who was admitted to Sarikei Hospital. She was tested positive on Aug 6 and had a history of high blood pressure, dyslipidaemia, and kidney disease.

An 87-year-old female from Kuching district was the third fatality recorded on Saturday. She was admitted to SGH and was tested positive on Aug 7. She had a history of high blood pressure, diabetes, and dyslipidaemia.

Erosions to be thing of the past 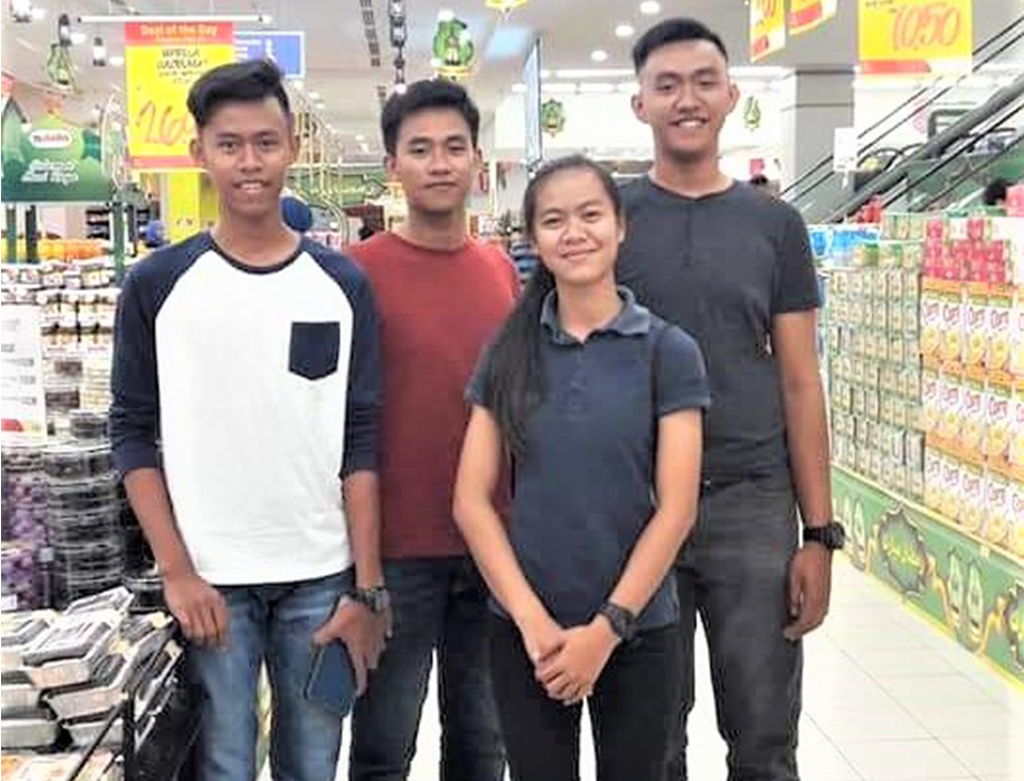