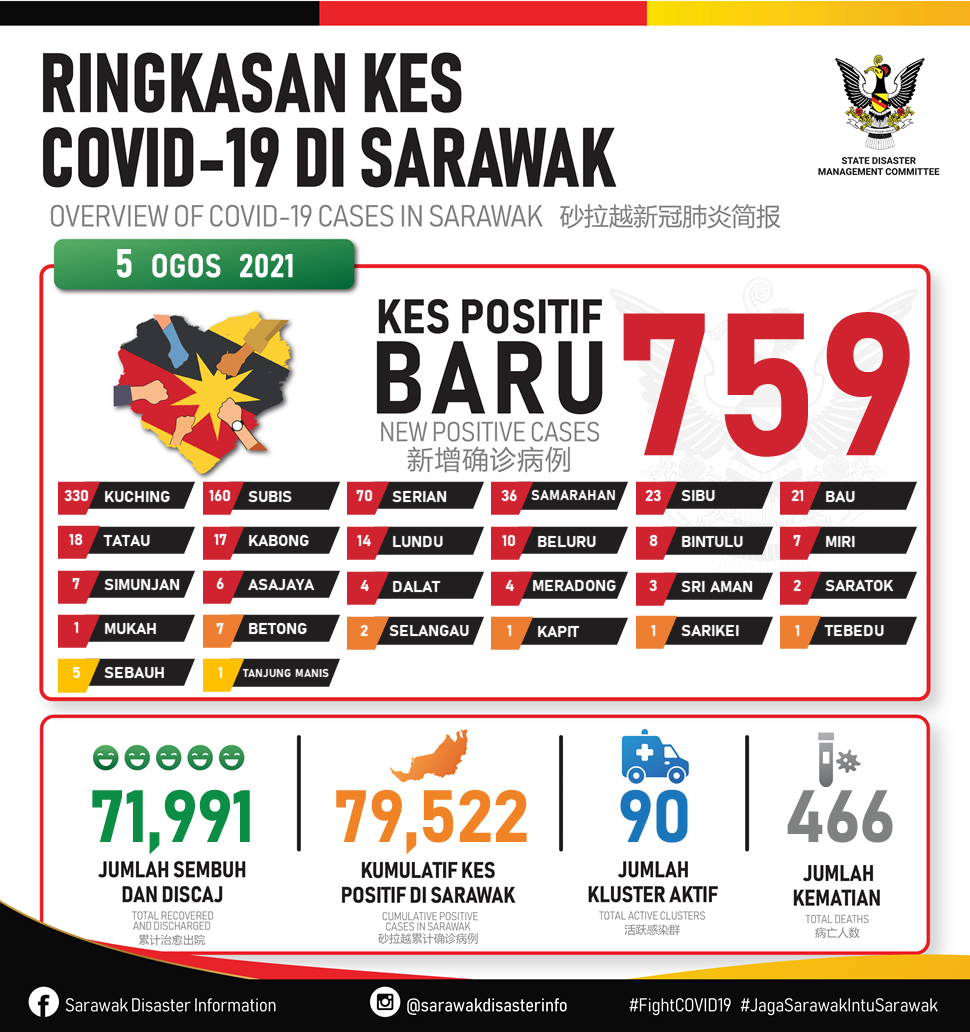 KUCHING: Sarawak recorded 759 new Covid-19 cases on Thursday (August 5), the highest in four months and a drastic increase of 237 cases from the previous day’s 552 cases. The state’s highest daily positive cases numbering 960 was recorded on April 16.

There were eight cases reported in Bintulu; seven cases each in Betong, Miri and Simunjan; six cases in Asajaya; five cases in Sebauh; four cases each in Dalat and Meradong; two cases each in Saratok and Selangau.

The state also recorded two new fatalities. The 465th death was a 48-year-old local woman who was confirmed Covid-19 positive on June 11.

She passed away in Bintulu Hospital and she had comorbid of diabetes as well as obesity.

The 466th death was a 61-year-old man who was confirmed Covid-19 positive on July 26. The victim’s body was brought-in-dead (BID) to Sibu Hospital.

Meanwhile, 313 patients have been discharged from hospitals and low risk quarantine and treatment centres (PKRCs), bringing the number of recovered and discharged cases to 71,991 or 90.53 percent of the total number of cases in the state.