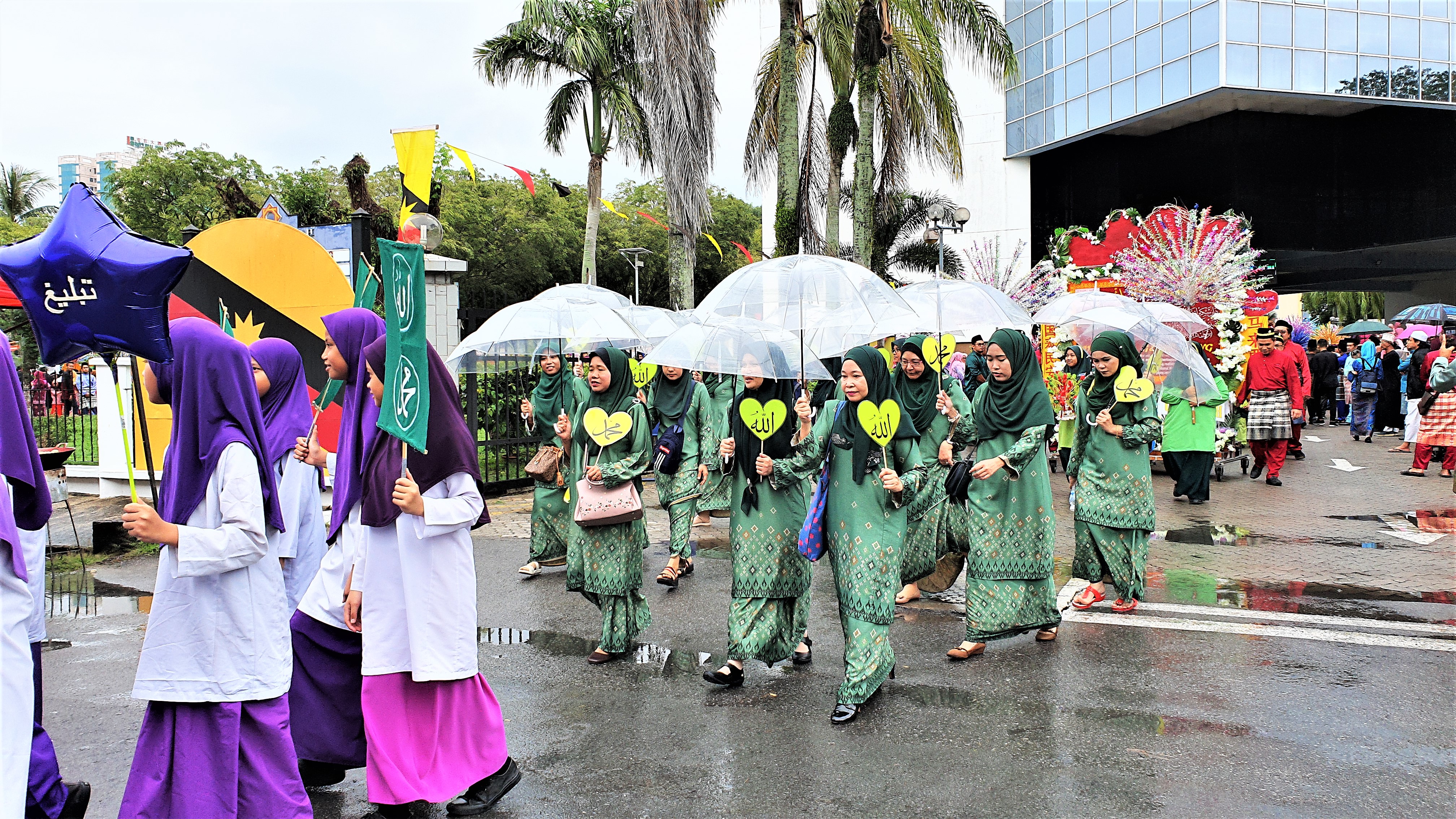 Close to 8,000 walked the three-km procession.

“Emulate his traits in preserving unity,” he said, adding that the life of Prophet Muhammad was full of countless examples that show his status as a role model for Muslim societies.

The MP pledged a grant of RM10,000 to the event’s organising committee. 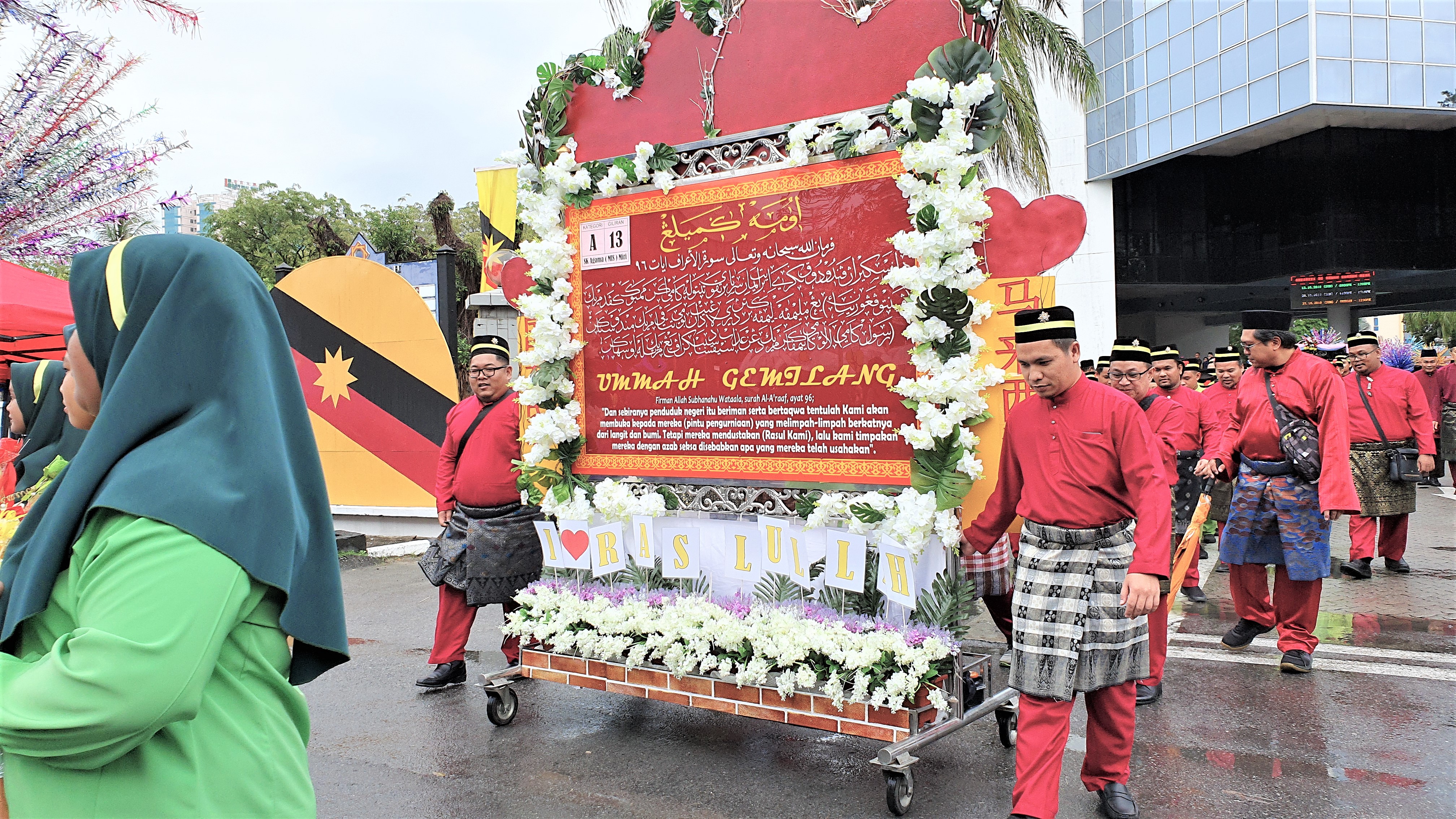 Earlier, Mastapa Julaihi, in his speech, said he hoped to invite non-Muslim organisations to next year’s Maulidul Rasul procession.

Kolej Vokasional Miri was adjudged the overall winner of the procession. 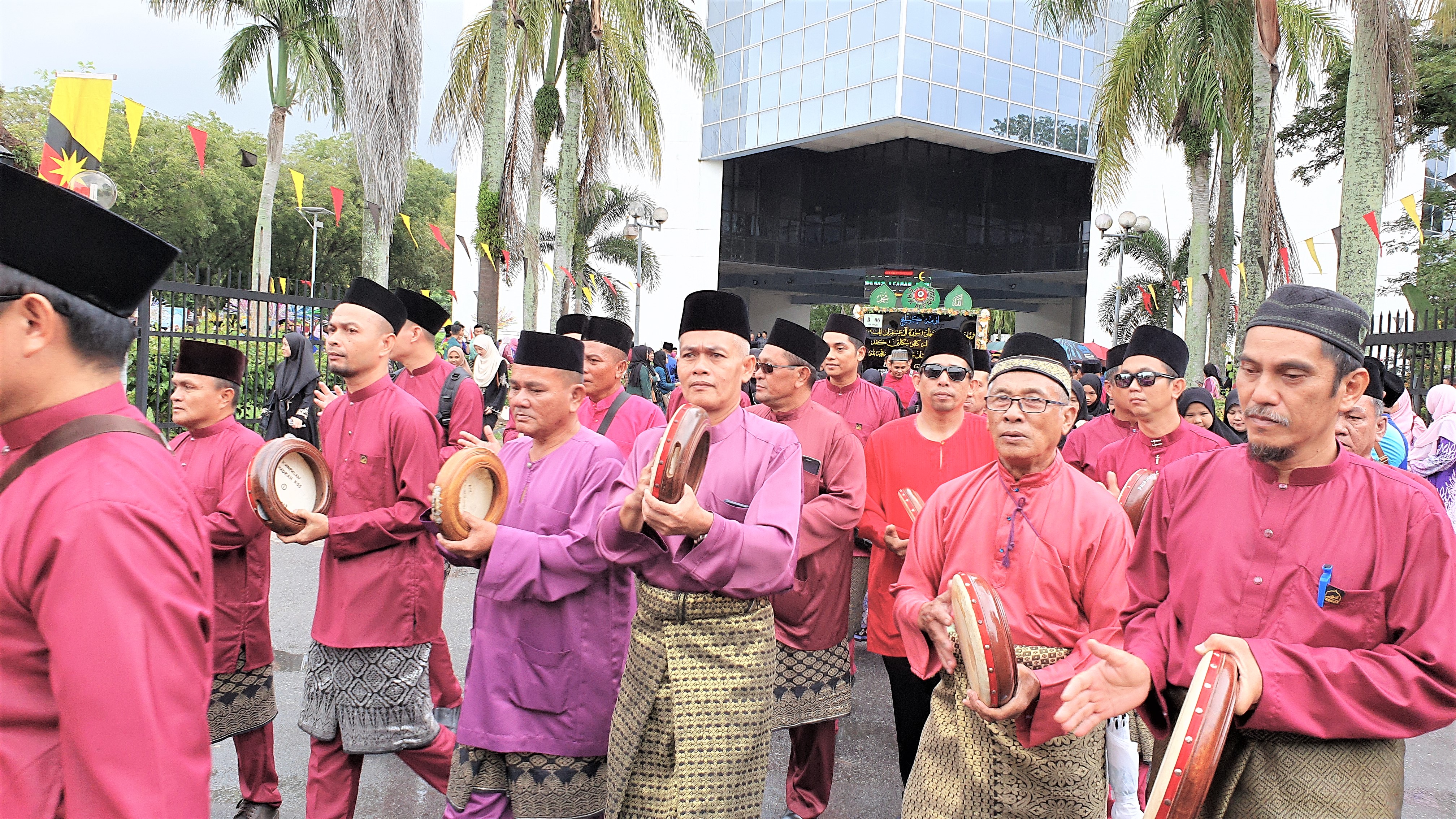 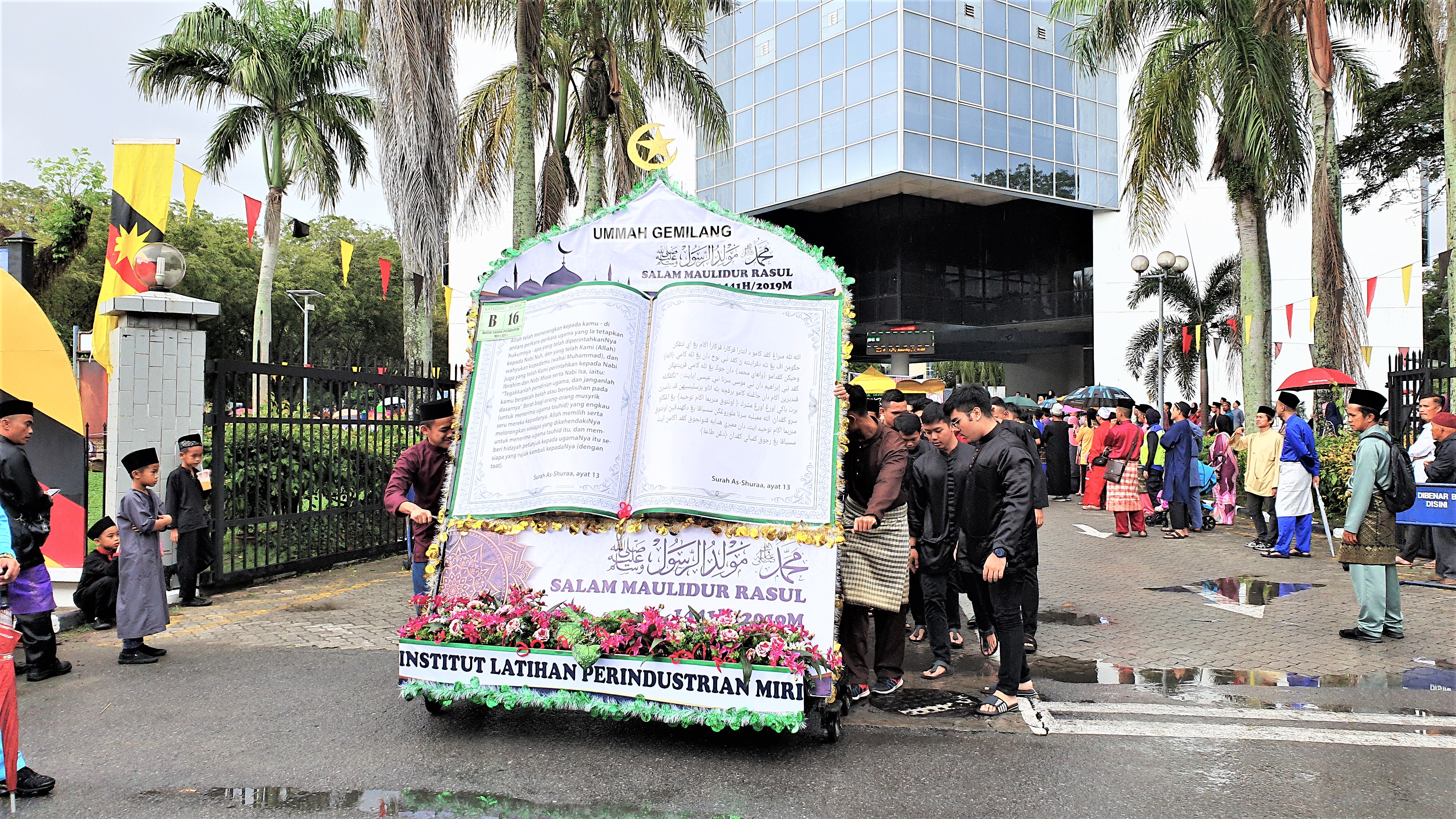 One of the many creative floats in the procession.