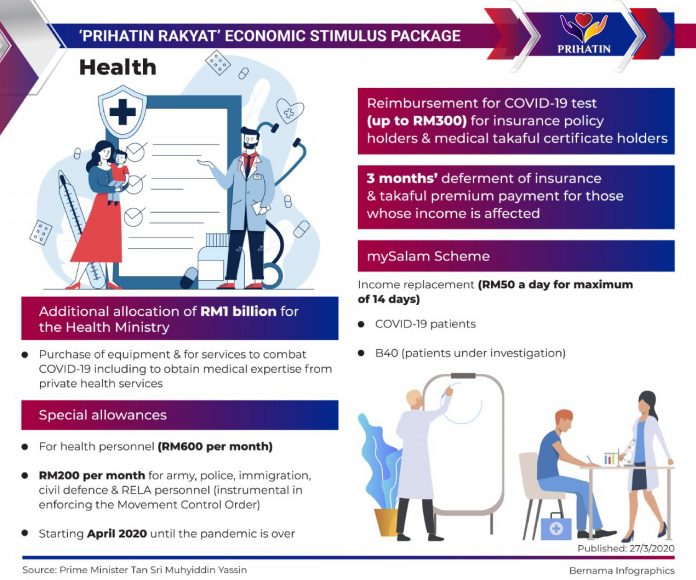 Minister in the Chief Minister’s Office (Integrity and Ombudsman) Datuk Talib Zulpilip said the planners who had drawn up the package had no precedent to follow as planning for an economic stimulus package of this magnitude had not been done before.

“In terms of quantum, it is a massive RM250 billion, dwarfing the RM20 billion allocated by former Prime Minister Tun Dr Mahathir Mohamad for a similar purpose,” he said, explaining that it was not unusual for countries to go through a series of rescue packages.

He said that the economic stimulus package covered welfare of Malaysians affected by the Covid-19 pandemic as well as the need to address the resultant severe economic downturn.

He pointed out that among the many measures under the package, the government had provided a ‘valuable lifeline’ for small and medium enterprises (SMEs) through Syarikat Jaminan Pembiayaan Perniagaan (SJPP) which will increase the guarantee rate for SMEs from 70 percent to 80 percent.

Talib pointed out that for Sarawak and Sabah, there was more welcome news in the form of RM2 billion allocated for small projects including the upkeep of dilapidated schools.

He noted that RM128 billion of the package would go to the people’s welfare such as payments to farmers, fishermen, small businesses, low- and middle-income groups, students, senior citizens, those with special needs, and so on while frontliners in the fight against the Covid-19 pandemic were given improved allowances.

JKKK must assist in community policing

Year end or next year, any difference?