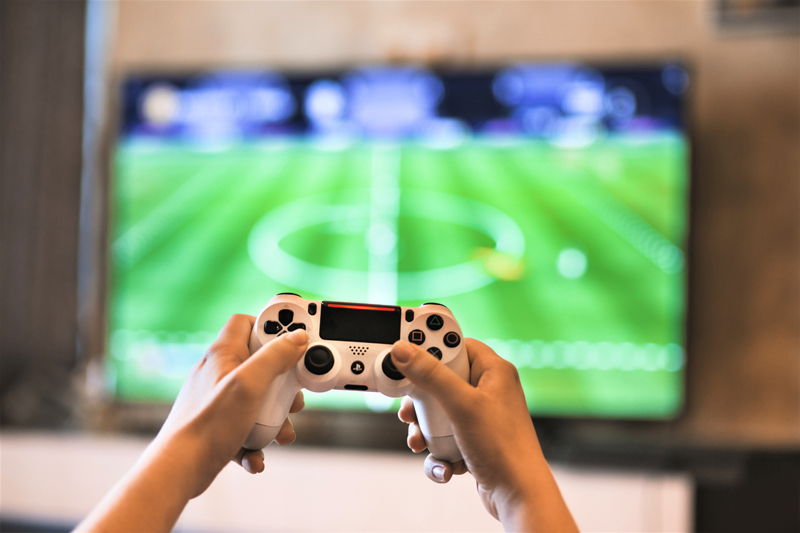 As a professional e-Sports athlete, Aidil Afiz Azri has been joining various competitions and achieving excellent results as well. The professional Fifa player has been playing competitively and earned his stripes in local and international events since he was 15, and he is not looking to stop anytime soon.

Career opportunity rather than just a recreational activity

At first glance, sports have not changed that much over the past twenty years. Technology advanced, but the basics of the sports always stayed the same. However, if you look a little deeper, you will notice a sport emerging and fighting for its place in the world — e-Sports.

The development of e-Sports in Malaysia has been nothing short of revolutionary. In Sarawak, the state government and other local agencies have shown tremendous support for the industry by sponsoring and organising tournaments. Furthermore, the establishment of the Sarawak e-Sports Association (Sesa), also helps nurture the growth of local professional players and official e-Sports clubs.

One such club, with a roster of trained, esteemed players is the FVPEsports club. Dedicated to training local gamers and turning them into professional players, those with potential are also given the chance to participate and represent the state and also the country in national and international tournaments.

Gaining much experience over the years, FVPEsports’ contract player Aidil Afiz Azri applauded the development of e-Sports in today’s modern society. “The industry has certainly changed many perceptions of gaming. Before this, many had the impression that playing games is a waste of time, not in any way beneficial and would distract students from their studies.”

With that positive advancement, Aidil also explained that the e-Sports industry can prove to be a good source of income, especially after players signed a professional contract.

A certified and qualified Fifa player, the civil engineering student revealed that he has been playing the football game since his early primary school days. “I started playing Fifa on PlayStation4 in 2014. Before that, I played with the PlayStation2 version and my interest has always leaned towards football video games.”

Aidil shared that it was his father who bought the gaming console and honed his interest in the sport. “My father is a huge football fan too. So, ever since I was a young kid, I watched him play. We have always been playing together as well.”

However, when he was 15, Aidil decided to take Fifa more seriously. The following year, he registered in a local tournament for the first time. “I saw the advertisement on Facebook, and I was looking forward to test my skills. Surprisingly, I came out second in the tournament!”

Over the years, Aidil also took part in his first international tournament, both in the solo and team category. He then revealed that he managed to capture the top prize in the latter category.

Having played in numerous local and international tournaments, Aidil said that it had trained and improved his skills a lot, not only on the gaming aspects but also his mental skills.

“We would meet other players during tournaments, some you would know, while most of them are unknown. The feeling of uncertainty helped me to always be ready for different scenarios. This improved my stress-coping mechanism. I am certainly calmer and more relaxed when I’m under pressure now,” he said.

Apart from that, being a gamer for many years also increased his mental dexterity and where he could make quick and better decisions through evaluation. “I am also trained to be more strategic and tactical as these traits are much needed in a Fifa game.”

While there are numerous advantages one can gain through the sport, it is not without its fair chare of challenges. “Since Fifa has a large number of players, I often meet many other players who are a lot stronger and much better compared to me. This is the biggest motivation for us as players to always improve ourselves.

“To be the best, I have to constantly adapt to the changes and polish my gaming skills. I remain static, otherwise opponents can read my game easily,” Aidil shared.

The e-athlete revealed that he is terrified at the thought of losing a game. “The expectation from others who watched my match is high. So whenever I lose a game during the early stages, it is going to have an impact on me,” he added.

Nonetheless,Aidil said that his parents are currently his biggest supporter, and they hardly missed his matches. Asked whether they are proud of his achievement, Aidil chuckled and said, “I don’t know about that. But what’s certain is they are very encouraging of my decision to be a professional gamer and they constantly show their support.”

As a fan of football, Aidil also prefers to have a kickaround at times. “I play real football with friends too. But the feeling is very different. Being on the field is certainly more difficult than playing games.”

Elaborating, Aidil said that certain moves in-game are ridiculous and could not be performed in real-life. “At some point, the strategies I used on Fifa can be interpreted on the field, but most of the times, it’s absurd to try and adapt video game styles to real-life.”

Despite the endless possibilities that the industry holds, Aidil admitted that he is still considering his options. “It depends on opportunities and where they’re going to lead me. As I get older, there will be others that are better.” As he waits for the future to unfold, Aidil continues to give his best in his current journey, one football match at a time.